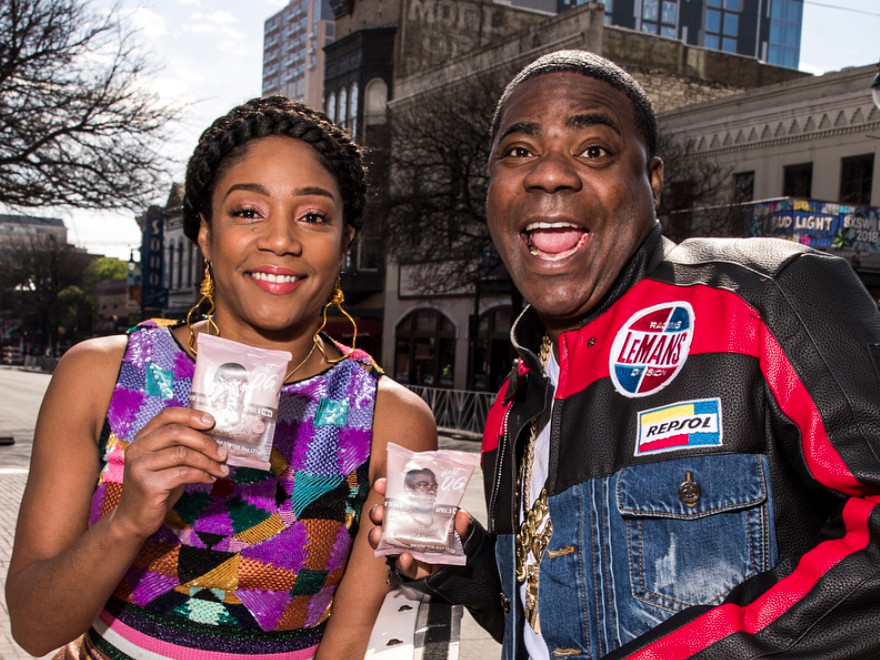 New York, NY – While becoming an exciting new voice in the world of Hollywood, Tiffany Haddish can still be seen making waves on the TV circuit. Currently, Haddish plays Tracy Morgan’s on-screen ex-wife in the TBS vehicle The Last O.G., which has been a welcome hit for the network.

However, during a recent interview at this year’s Vulture Festival, Morgan was quick to shut down questions revolving around his co-star’s rise to fame.

“We’re not going to go there, because Tiffany is not the only one,” an abrupt Morgan told the hosts. “This is not Tiffany’s show. This is Tracy Morgan. This is The Last O.G. If you’re going to ask that about Tiffany, ask that about Cedric [The Entertainer], craft services and everyone who comes to work every day on that show.”

“That show would be nothing if @TiffanyHaddish wasn’t on it,” Lil Rel tweeted. “Don’t bite the hand that keeps you relevant!!!”

This is one hating ass dude right here that show would be nothing if @TiffanyHaddish wasn’t on it… Don’t bite the hand that keeps you relevant!!! pic.twitter.com/BlpDu9Sxjw

While Morgan’s actions and comments seem to indicate a disliking of his co-star, Morgan followed up by acknowledging his admiration for Haddish and clarifying that he wants everyone on his team to see the same exposure.

“I don’t want to just shine the light on Tiffany,” Morgan said. “I love Tiffany, but how I run my set is different.”

Fellow Last O.G. star Cedric the Entertainer chimed in to TMZ on why fans should give Morgan a pass and why it appeared his comments on Haddish were hateful.

“This is Tracy’s comeback. He’s been working on this show a long time,” Cedric said to a TMZ reporter. “You get in these interviews and people want to ask you the same questions over and over again. That could’ve been one of many interviews that day where people keep asking about Tiffany and I just felt like it’s more of the frustration of ‘this is my show, this is my thing.’”

Haddish has yet to comment on the matter and Morgan has not yet made any further statements.

Haddish is set to host the MTV Movie Awards on June 18 and co-star with Kevin Hart in Night School, which is due out in theaters September 28. The Last O.G. was recently renewed for a second season.