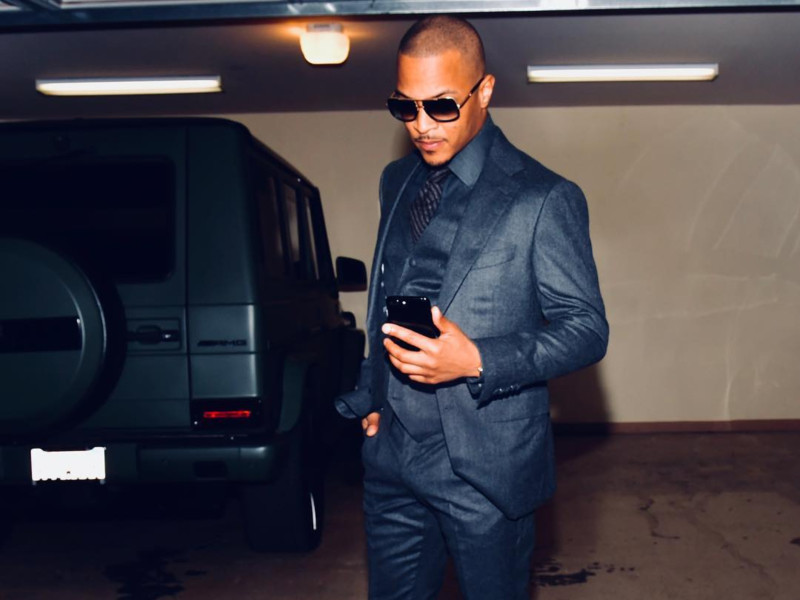 Less than a week after his own ordeal with the security guard outside of his gated community, T.I. has offered his help toward three women who had a late night scuffle with a security guard at a restaurant in Atlanta called Houston’s.

In a series of Instagram posts, T.I. sends a message to Houston’s and specifically the security guard, whose last name is Guzman. It came in response to a story that three women (Brittany Marie Lucio, Asia’h Sharrell Epperson and Erica Walker) entered Houston’s after it was closed. According to a statement given to 11Alive by Gerald Griggs, the attorney for Lucio and Walker, the three women were there to meet friends who were already inside the restaurant.

Once inside, the women asked to use the bathroom, which they say was approved by staff. But the restaurant believes otherwise, saying that they had asked the women to leave since the restaurant was closed. At that point, management asked an off-duty officer, Guzman, who had taken a shift as a security guard to escort the ladies out. Guzman says once he asked the ladies to leave, they laughed and continued to look at their phones in the bathroom.

After a few more requests, Guzman reportedly grabbed Lucio’s wrist to bring her outside. He says that Lucio then punched him, causing two cuts inside his mouth. This caused Guzman to request backup and restrain Lucio and Walker. After being arrested, all three were charged with Criminal Trespass. Lucio was also charged with Felony Obstruction.

Griggs is confident that his clients didn’t do anything wrong. He said that there are “factual inaccuracies in the officer’s reporting” and raised the point of the officer’s use of force: “We are seriously concerned about the level of force that was used.”

T.I. challenges Guzman to treat him the same way that he treated those ladies. He says that he tried “the Martin Luther King way and now it’s time for Malcolm X.” This is a reference to the boycott and protest of Houston’s from October 2017 when Houston’s was accused of racial profiling when serving customers. T.I. also posted clips of the altercation between Guzman and the ladies from Epperson’s phone as well as the bruising on Lucio’s body.

Epperson is a former American Idol finalist and actress on Greenleaf. Lucio is also an actress who reportedly lost a role in a movie due to this incident, according to Griggs.

Houston’s released the following statement to 11Alive regarding the incident:

“The evidence we have seen thus far shows that three women arrived approximately 30 minutes after closing time, they went into the restroom as a group after being told that the restaurant was closed. The three stayed in the restroom for more than 10 minutes, and refused to leave despite repeated requests from several managers to do so. Eventually, an off-duty Atlanta Police Officer was summoned with whom one or more of the women got into an altercation that led to arrests. Based on our current understanding, we believe our managers responded appropriately to this unfortunate situation.”

Watch the clips from Epperson’s phone below.