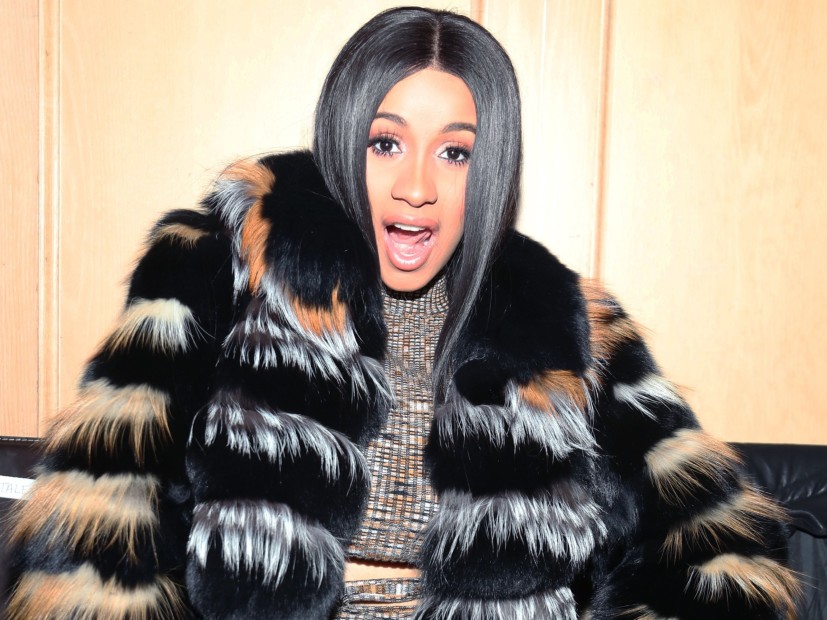 HipHoPDX – This week in Hip Hop, Cardi B released her debut album Invasion of Privacy and confirmed rumors of her pregnancy. Drake also dropped his new track “Nice For What” via a video featuring appearances by Tiffany Haddish, Yara Shahidi and Jourdan Dunn. Lastly, it was discovered that on Tupac’s extended liner notes for his posthumous album The Don Killuminati: The 7 Day Theory, shots were thrown and Dr. Dre, JAY-Z, De La Soul and many more big names.

Cardi B officially released her debut album, Invasion of Privacy, on Friday (April 6) and along with it came a gold certification due to her breakout hit “Bodak Yellow.”

The project earned a DX review score of 3.6 and was met with lots of praise across the internet. Following her album release, the Bronx-bred rap star made an appearance on Saturday Night Live to perform a Spanglish version of “Bodak Yellow” and her new single “Be Careful.”

During her performance of “Be Careful,” Cardi revealed her baby bump, confirming rumors of her pregnancy with fiancé Offset.

Drake’s “Nice For What” Video With Tiffany Haddish, Issa Rae & Many More

Drake teased a new single release this week and came through on Friday night (April 6). The track, “Nice For What,” arrived with a video featuring Tiffany Haddish, Jourdan Dunn, Yara Shahidi, Letitia Wright, Issa Rae, Rashida Jones, Zoe Saldana and many others.

The song is New Orleans bounce-inspired and includes the vocals of NOLA bounce queen Big Freedia as well as a sample of Lauryn Hill’s 1998 hit “Ex-Factor.”

Online auction site Gotta Have Rock And Roll is offering handwritten, extended liner notes from Tupac Shakur’s posthumous album The Don Killuminati: The 7 Day Theory. The minimum bid is $30,000, but the more noteworthy revelation is all the people Pac disses in the written message.

Saba — Care For Me

Rich The Kid — The World Is Yours

HipHopDX writer Dana Scott offered up four suggestions for the second installment of the Black Panther franchise, which has been a dominant force since premiering in theaters in February. The original film was recently named the top-grossing superhero movie of all time.

A MF DOOM and Kendrick Lamar collaboration along with a cameo by Run The Jewels are few proposals that Scott has for the sequel.

Check the rest out here.

From Rihanna To Busta Rhymes: Sean Paul Has Stories For Days

Sean Paul has a lot of cool stories from his years in the music industry and among them include a time he got a chance to hang out with Rihanna.

“I really liked doing the song with Rihanna ’cause she came to Jamaica,” he told DX’s Kyle Eustice. “Most people who I’ve worked with, like I go over there or I do it via the internet. But this time, we got the chance to show her how Jamaicans flex. She came to the club, she came to the beach, she came to the studio, we showed her the good places to eat. So it was kinda cool for her to see what my world’s about.”

HipHopDX’s Editor-in-Chief Trent Clark ripped into Lil Xan’s latest visual for “The Man” off his recently released album TOTAL XANARCHY. The fact that Stat Quo is his manager isn’t enough to save him from the ink-lashing Clark imposed upon him. DX’s EIC considers the visual to be an inconsiderate and hypocritical take on the nation’s bubbling opioid crisis.

“Making a mockery of one of society’s most delicate subjects — one that’s still not totally understood across the board — is unacceptable,” Clark pens. “Lil Xan, Sam King, Noreberto Garcia, Jordan Page, Lerry Kin, YCFILMS and production company Buffnerds Media should all be ashamed.”