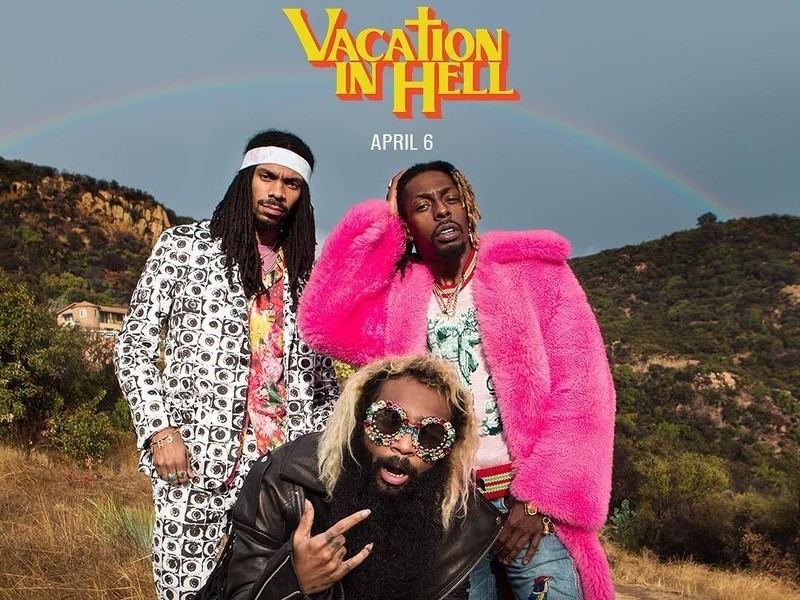 Flatbush Zombies have resurfaced with Vacation From Hell, the Brooklyn group’s first album since their 2016 studio debut, 3001: A Laced Odyssey.

Armed with 19 tracks, the album features guest spots from Joey Bada$$, Jadakiss, Bun B, Denzel Curry and A$AP Twelvyy, among others.

Check out the Vacation From Hell album stream, cover art and tracklist below.

[This article has been updated. The following was published March 29, 2018.]

Flatbush Zombies have some of the details for their new album, Vacation in Hell, which will be available on April 6.

The Brooklyn group has called in Joey Bada$$, Jadakiss, Bun B and others for the 19-track offering, which will be released under the Glorious Dead Recordings banner. The work features production from Hector Delgado, Kirk Knight, Tyler Dopps and Anthony Flammia, as well as the Flatbush Zombies themselves.

The upcoming album comes after the group’s 2016 studio debut 3001’s: A Laced Odyssey, which hit #1 on iTunes and entered at #10 on the Billboard 200 chart. The group will be heading on a North American tour from April to June, starting in Brooklyn on April 6 and concluding at the Coachella Festival.

Check Flatbush Zombies’ “Headstone” video and see the tracklist below.