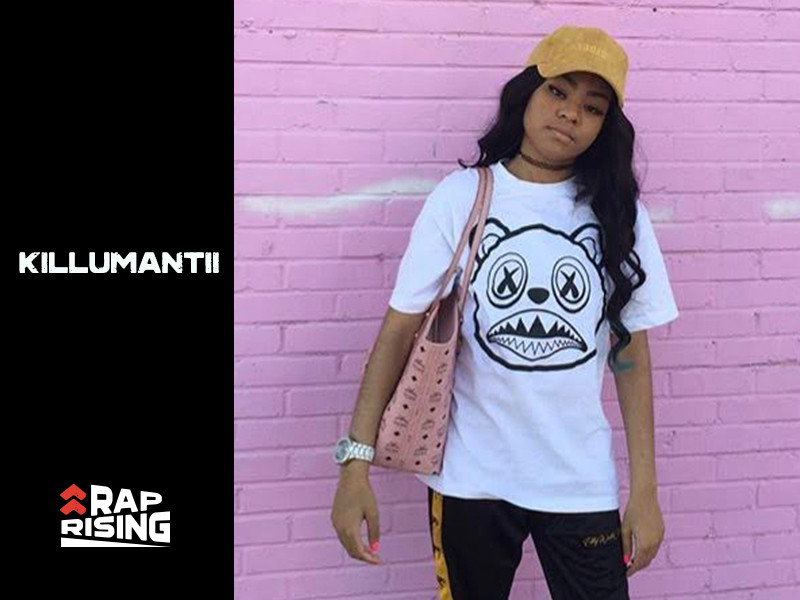 Atlanta’s Killumantii has made a name for herself through the power of social media. At just 18 years old, Killumantii’s freestyles and colorful personality have helped her building following of more than 1.3 million fans on Instagram. Killumanti credits her popularity to just simply being herself and releasing relatable songs, such as her singles “Undercover Pressure” and “Rules.” Killumantii’s rising popularity has recently taken her career in the rap industry to a whole new level after landing a deal with the Atlanta-based label Generation Now. With a label behind her, she’s currently working on her debut mixtape.

HipHopDX got the chance to speak to hear ahead of DX’s Rap Rising showcase at SXSW to learn more about the up-and-coming artist.

Killumanti: This is my first time.

Do you plan on watching other performances?

I really don’t know who’s performing, but I wanna watch all of them to see the different styles

What’s been the best and/or worst part of preparing for the performances?
The best part is learning what I can do better and seeing my self actually remember to do all of the moves. The worst part is the repetitiveness of it but that just goes with practice.

There are thousands of artists performing at SXSW. Why should people come and see you?

I haven’t had one yet. SXSW will be my first show.

What’s one unique fact that you want your fans to know about you?

I was named after Aaliyah.

Check out Killumanti at DX’s Rap Rising showcase at SXSW on March 16 at The Parish.