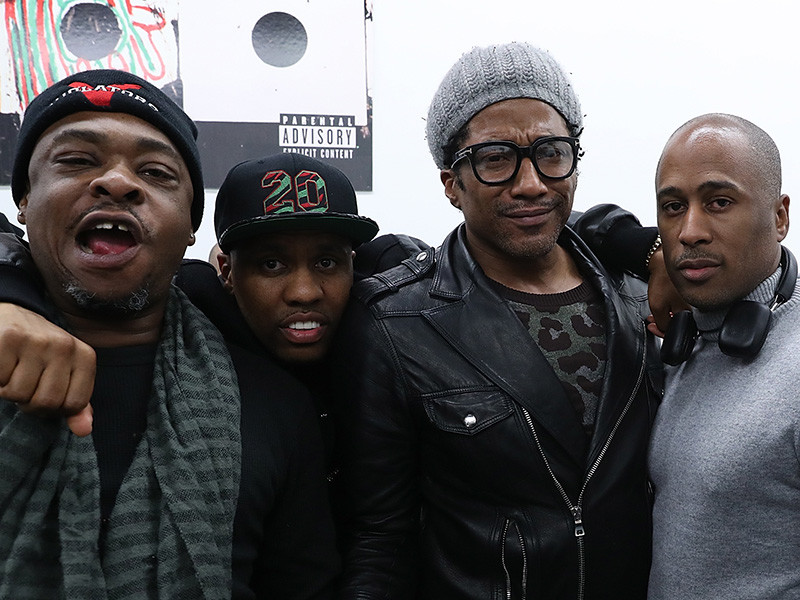 New York, NY – When the nominations for the 60th Annual Grammy Awards were unveiled last year, A Tribe Called Quest was noticeably absent from the list. Subsequently, ATCQ’s de facto leader Q-Tip went on an epic Instagram rant blasting the Recording Academy for what he deemed a massive oversight.

On Tuesday (March 13), founding ATCQ member Ali Shaheed Muhammad and longtime collaborator Consequence stopped by Sway In The Morning, where they talked about the snub heard around the Hip Hop world.

In particular, the tenured artists responded to comments made by Grammys Chair Emeritus Jimmy Jam, who suggested ATCQ’s performance at the Grammys last year was “just as relevant” as getting an actual nomination.

“I respect [Jimmy Jam] so much for what he’s done for music but to default to say that the group performed and that should be your consolation prize I think is very disrespectful to the art you put forward,” Ali says.

Consequence adds “I respect the OG, but let’s put this into perspective – Malik Phife Dawg Mutty Ranks Don Juice Taylor – that was his last effort on Earth. I want you to understand the magnitude of that. It’s easy for someone to minimalize something, and I don’t take it as I don’t like him for saying that, but it’s easy to minimalize and categorize.”

From there, Consequence didn’t hold back.

“That’s the same reason why Craig Mack is just now getting his roses,” he said. “What happens so many times with black people is that we come up with notions why other brothers and sisters shouldn’t be celebrated. Ain’t no notion for that shit, they fucked up. Anybody come back 18 years after a hiatus and perform the year before – naturally, you’d assume, ‘Aye, I should have something on my mantle in 12 months.’”

Elsewhere in the interview, Cons and Ali touched on the new Billionaire Boys Club collab with Pharrell and “The Space Program” video, which serves as the last visual from 2016’s We got it from Here … Thank You 4 Your service. The group shared a teaser of the video on Tuesday (March 13), however, there is no official release date as of yet.

Watch “The Space Program” clip below.