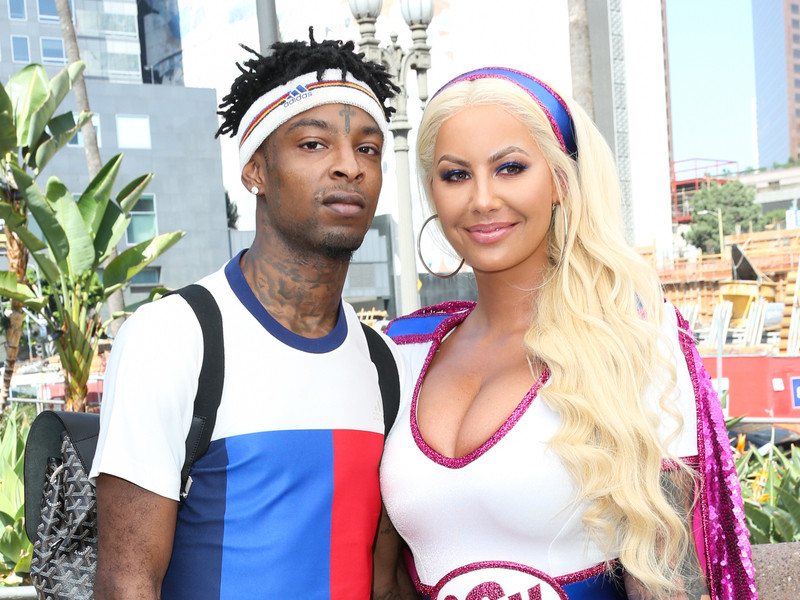 Instagram has caused some speculation about 21 Savage and Amber Rose’s relationship. Some very attentive fans across the internet noticed the pair unfollowed each other on the social media platform on Monday (March 12).

Though not officially confirming the split, later in the day, they also removed all photos they had together. Rose has denied the speculation, claiming the unfollowing was a mistake.

“We’re still together, I just unfollowed over 100 people though,” she told The Shade Room. “His unfollow was on accident — It’s back up now”.

“I’m so thankful that God brought this amazing person in my life who genuinely has my back and is ready to ‘pull up’ to defend my honor by any means,” she wrote. “Maybe he’s just as broken as me and that’s why we’re perfect for each other but either way he’s not going anywhere and neither am I.”

21 Savage was very supportive of Rose’s SlutWalk campaign too, accompanying her to its third annual event in Los Angeles. The Epic Records artist faced backlash for his participation, including social media users mocking his “I”m A Hoe Too” sign.