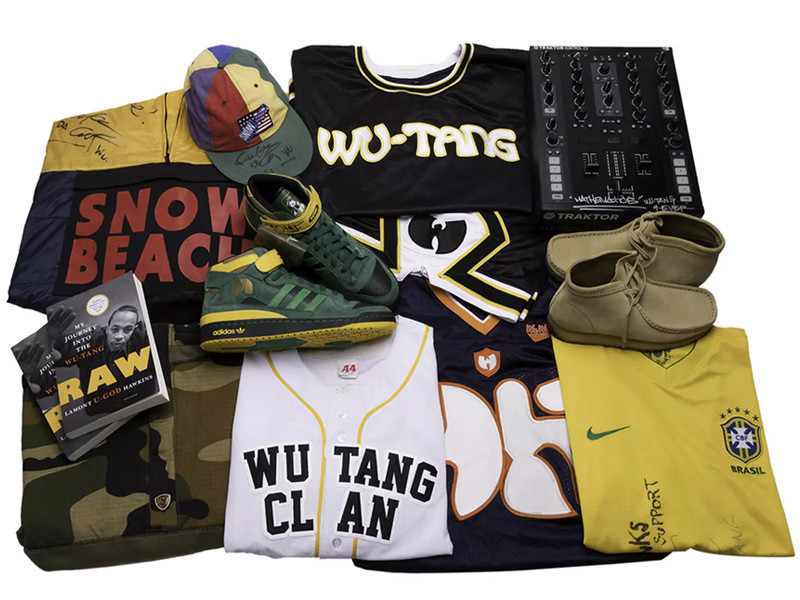 Detroit-based StockX — the world’s first and only “Stock Market of Things” — announced it’s joining forces with the Wu-Tang Clan’s Wu-Tang Foundation for a charity initiative dubbed C.R.E.A.M. (Charity Rules Everyone Around Me). Tuesday’s (March 13) announcement comes as part of the launch of the company’s new StockX Charity IPOs, aimed at partnering with the world’s biggest celebrities for the world’s most important causes.

“With the launch of Charity IPOs, we can turn one-of-a-kind and highly sought after celebrity products into real dollars that directly help those in need,” StockX CEO and co-founder Josh Luber says.

The Wu-Tang Foundation’s mission is to utilize the Wu-Tang brand drive awareness and raise funds for various social initiatives. The foundation believes StockX can help in doing so.

“Our foundation helps those who are in communities with racial disparities,” Co-Director Tareef Michael sats. “Communities plagued by violence, the lack of proper education, unemployment and more. We are certain that with StockX we will continue to supply support to those in need with the money we raise.”

Wu-Tang fans who donate $10 to StockX in support of C.R.E.A.M. will automatically be entered to win autographed merch and one-of-a-kind Clan rarities. Raekwon’s hat and poncho from the “Can It Be All So Simple” video, a Wu-Wear Hoodie, a Cherchez La Ghost Hoodie from Ghostface Killah and 6 O.G. Wu-Wear basketball jersey/short sets are among the items up for grabs.

Donations can be made over on StockX’s website. Check out all the prizes below.

Raekwon: Polo Ralph Lauren Snow Beach Hat and Poncho, Signed from “Can It Be All So Simple” video

U-God: Worn Jacket from the Wu-Tang Clan/Rage Against the Machine Tour signed, Wu-Wear football jersey signed, and pre-release and autographed copy of Raw: My Journey Into the Wu-Tang