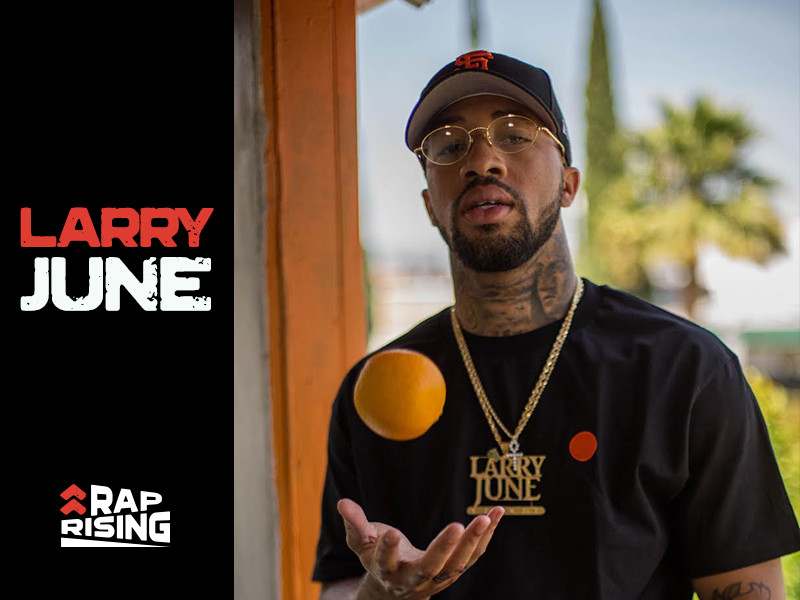 Larry June comes from a family of musicians, but he specifically credits his cousin — a rapper who was signed by the legendary Too Short — as his reason for pursuing music as a career. June released his first mixtape at the age of 16 without any formal training then spent years building his name in the Bay Area scene. After touring with artists such as Post Malone and Asher Roth, June was able to land a deal with Warner Bros. Records. With this platform, June’s presence has only grown.

HipHopDX spoke to June, who recently dropped his You’re Doing Good EP, ahead of his performance at SXSW to learn more about him.

Have you performed at SXSW before? If so, what makes this year different than previous ones?

Yes. I just put out my best project and travel is being paid for me … off the Bitcoin.

I’m excited to interact with my core fans, new fans and making new ones. We must stay healthy.

Do you plan on watching other performances? Which ones are you most likely to see?

I definitely plan on watching other performances. I just gotta look at the schedule and see who is performing.

Not having enough mojitos around.

A3C in Atlanta … TM88, OG Maco and me going crazy on stage and seeing the fans react and go nuts too.

I threw my first show in San Jose. Sold it out. 300+ very healthy fans packed at a hole-in-the-wall venue in San Jose.

What’s one unique fact that you want your fans to know about you?

Although I have a deep infatuation with oranges, I love my mangos too.

Check out Larry June at DX’s Rap Rising showcase at SXSW on March 16 at The Parish.