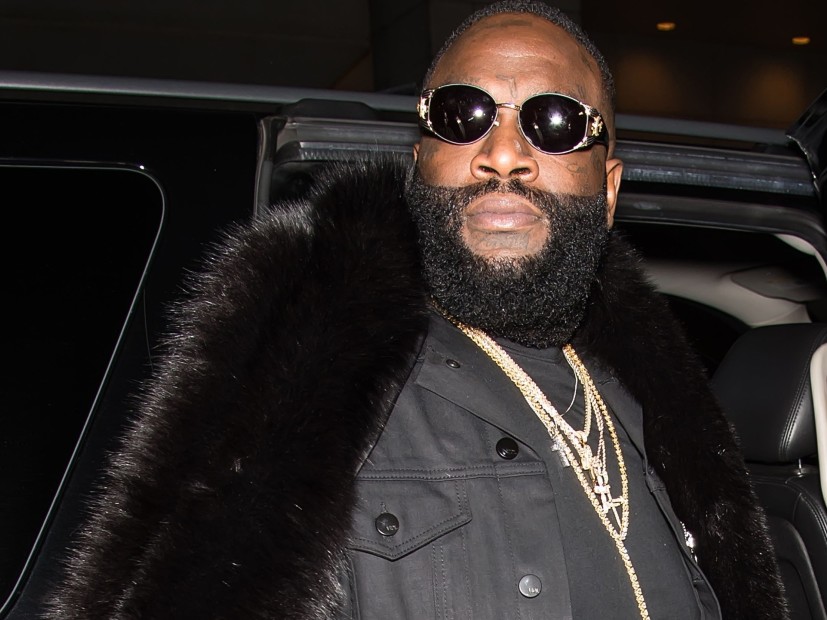 Miami, FL – Prior to Rick Ross’ hospitalization last week, someone at his Miami mansion made a frantic 911 call. Now, TMZ has obtained the audio. During the roughly six-minute call, the audibly nervous caller explains to the dispatcher that the victim is breathing “hard” and shaking, and at one point had thrown up blood.

At the time, the Maybach Music Group mastermind was unconscious and the caller was trying to figure out how to revive him. It seems Ross comes to and the caller then tells the 911 operator that Ross shook his head but was unable to speak. He also clearly states the victim’s name is William Roberts (Rozay’s real name is William Leonard Roberts II) and that he has a history of seizures.

On the plus side, Ross also posted what appeared to be his first post-hospitalization photo on Thursday (March 7) with the caption, “Ain’t nothing like home. I love y’all. – WLR.”

Ross followed up with a photo of himself in the back of a black car at the Bal Harbor Shops in Florida.

The Rather You Than Me rapper was released from a Miami area hospital on Monday (March 5) after spending four days being treated for suspected pneumonia and respiratory issues. One family member reportedly said it was heart related.

Throughout his stay, his condition was up for debate. TMZ initially reported Ross was on “a form of life support” called ECMO, which essentially oxygenates the blood outside of the body before being pumped back in. MMG artist Fat Trel then assured Ross’ fans “HE GOOD” with an Instagram post.