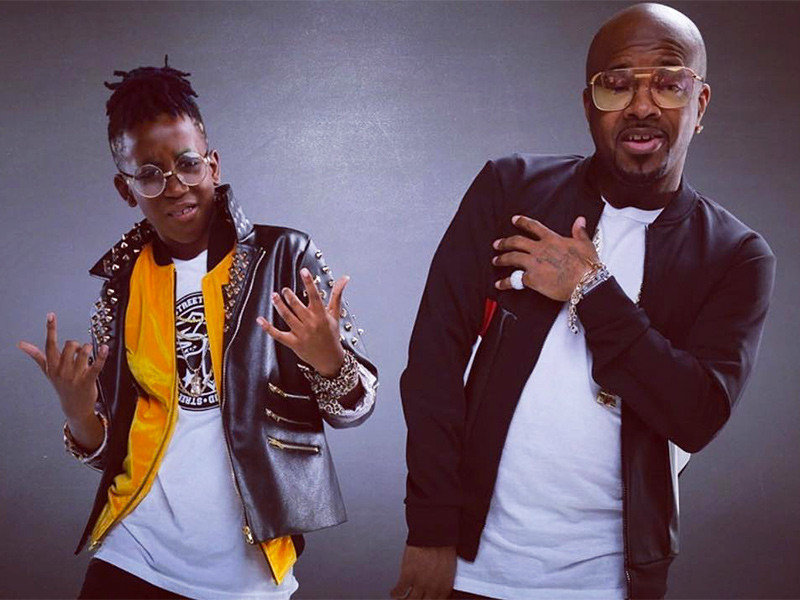 Atlanta, GA – As a contestant on Season 4 of The Rap Game, 13-year-old Street Bud was hard to miss. With his rainbow-colored hair, braces and round eyewear, the aspiring rapper was only 12 when the show kicked off last November.

After 13 grueling weeks, the series’ creator, Jermaine Dupri, deemed Street Bud the winner by hanging a custom So So Def gold chain around his neck during the final episode earlier this month.

“It was crazy,” Street Bud told HipHopDX. “Going through that whole competition knowing that you’re either going home with this chain or you go home with nothing … I was the youngest person to ever win. It’s crazy to think out of all the 12-year-olds he could pick, he picked me.”

Street Bud’s mother and manager Cori, who also appeared on Lifetime’s Hip Hop scouting show, was integral to the process. Every week, each contestant would undergo intense challenges — from working on their stage presence to recording in the studio. Street Bud’s mother said she felt “accomplished” seeing him finally get the chain. After all, Street Bud has been rapping since he was 4 years old and begging his mother for DJ equipment ever since he can remember.

“My mom is very important,” he said. “If it wasn’t for my mom, I would not be eating right now [laughs]. I’m pretty sure she could walk out this room, leave me and I would be starving. So, she’s just like everything. I had the best manager in the house.”

Street Bud had some stiff competition and for a minute, it looked like 15-year-old Lil Bri could’ve walked away with the chain. Week after week, she proved her undeniable skills on the mic.

“Lil Bri was definitely his biggest competition in the house,” Cori said to DX. “Hands down, she was his biggest competition in the house, I believe. I just feel like Lil Bri somewhat has the weight of the world on her shoulders right now. She’s dealing with her mom being sick … it’s just a lot of things. I wish I was around her more, so I could do her like I do Bud. Those things are out of your control. You keep yourself in good spirits, you keep your mom in good spirits and you continue to do what you need to do because you can’t throw down life things that are happening.”

For the group’s final performance, which also included competitors RapUnzel, Jordan and Ricci Bitti, Street Bud pulled up in a blue toy Jeep, something Cori came up with.

“My mom had the idea of the car,” he explained. “I was like, ‘Man, this is goofy. It’s gonna be real silly. I’m going to look like a clown.’ Then I did it and it made me more hype.”

Throughout the season, Street Bud talked about his father going in and out of prison, something that clearly continues to weigh heavily on him but simultaneously gives him motivation.

Armed with a new contract from So So Def, Street Bud just released a new single called “Run My Check Up” and is ready for whatever comes next.

“I don’t see myself in a couple of years rapping about guns and trappin’ and all that stupid stuff,” he said. “I just want to be positive and keep doing talks at schools about staying away from drugs.”

And to the next generation of artists, Street Bud offers some advice: “Prepare for people trying to come at you because of it. You can’t let people get the best of you no matter what it is. Just stay strong. Keep your head up like your nose is bleeding.”