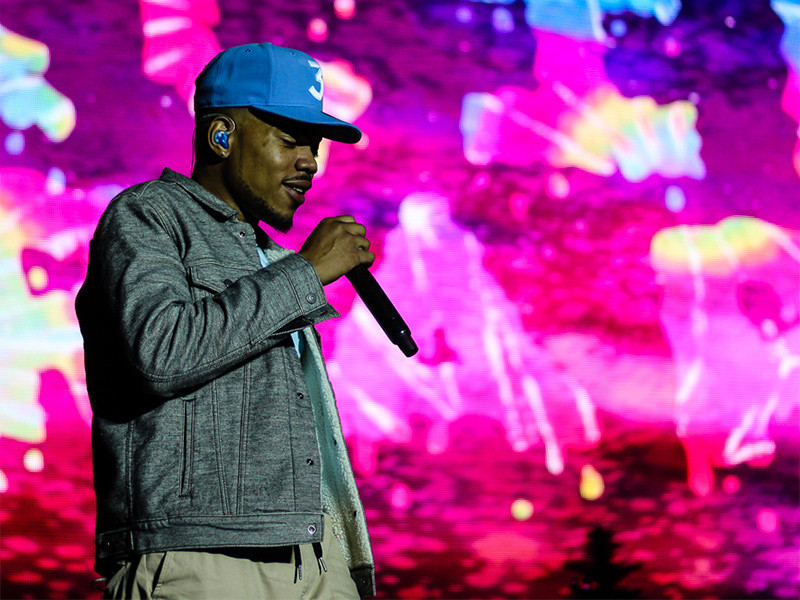 The Chicago MC will receive an Innovator Award for his “groundbreaking accomplishments in the music industry and his unsurpassable contributions to social causes,” according to a report from iHeartRadio.

hance has continued his philanthropic efforts throughout his hometown of Chicago via his arts and education non-profit, SocialWorks.

Back in December, Google donated $1 million to Chance’s charity to help fund coding classes for 20 different schools throughout Chicago.

Chance joins Jon Bon Jovi and Camila Cabello, who are also set to receive special honors at the upcoming ceremony.

Chano is also nominated in the new category of Best Remix for his appearance on Francis and The Lights’ remix of “May I Have This Dance.”

The 2018 iHeartRadio Music Awards — hosted by DJ Khaled and Hailey Baldwin — are scheduled to take place in Los Angeles on March 11.