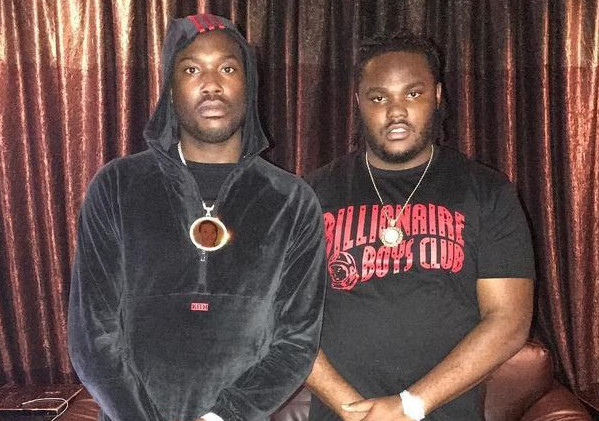 Philadelphia, PA – As the confetti still falls in the wake of Meek Mill’s hometown Philadelphia Eagles first-ever Super Bowl victory, Tee Grizzley has deemed in an appropriate time to release the official “First Day Out (Remix)” which co-stars the incarcerated MMG superstar.

The Detroit-bred rapper appears to have updated his vocals with Super Bowl LII-tinged lyrics like, “I won 50 on the Eagles/Split it with my dogs,” as he kicks off the record’s second verse following Meek Milly’s performance.

For active rap fans, Meek Mill’s inclusion on the remix will feel like a fitting feature opposed to an up-and-coming rapper attempting to soak up a bigger artist’s celebrity. With its gritty by any means necessary ethos, “First Day Out” has drawn plenty of comparisons to Meek’s acclaimed “Dreams & Nightmares” 2012 intro track which ironically, the Eagles christened as their official Super Bowl song.

Last year, Tee Grizzley spoke with HipHopDX about the success of his breakout single saying, “When I was locked up bro, I was just writing a whole bunch of songs. I wrote this one song. It didn’t have a hook on it. I was like I’m going to be calm and first and then turn up. All through my bid, I was just adding to it. Touching it up and critiquing it. I was like I’m going to drop this first. That’s why I named it ‘First Day Out’ because that was the first thing I did when I got out.”

As for Meek Mill, his legal team has relayed the fact that they’re optimistic the 30-year-old star will soon be vindicated from the two-to-four-year prison sentence that shackles his physical and artistic frames.

In a recent interview with DX, attorney Joe Tacopina relished how they “look forward” to serving justice to the prosecuting Judge Genece Brinkley.