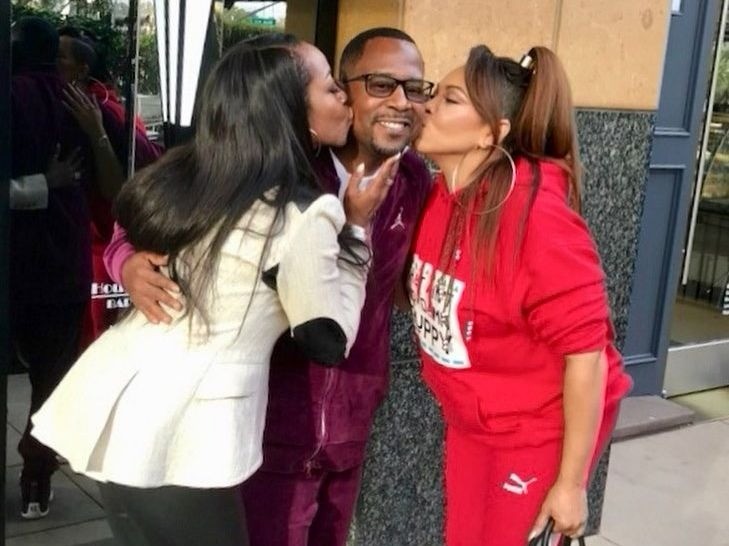 Burbank, CA – Tisha Campbell-Martin has sparked rumors of a possible Martin reboot after she posted an Instagram photo with former co-star Martin Lawrence on Thursday (February 1). TMZ also spotted the two leaving a steakhouse in Burbank together earlier Thursday, along with fellow Martin actress Tichina Arnold.

Adding fuel to the fire, Lawrence’s wife-to-be Roberta Moradfar posted a Martin logo to Instagram on January 26 with the caption, “Got word from my fiancé that my favorite show may be coming back.”

When asked about the post in an interview with HipHollywood, Campbell-Martin answered, “I can’t tell you anything … But it’s very exciting.”

Martin went off the air in 1997. During the show’ final season, Campbell-Martin refused to shoot scenes with Lawrence after accusing him of sexual harassment.

If a reboot show is in the works, there’s one actor who would be noticeably absent. Former co-star Tommy Ford, who played “Tommy,” passed away in October 2016 at age 52.

Campbell-Martin, who played “Gina” on the hit show, has also returned to the music scene. On Thursday (February 1), she released a new single, “I Don’t Wanna Be Alone” featuring Rich The Kid. Produced by Deezy Baby, the track serves as her first release since 2015’s “Steel Here.”

“As an artist, you want to affect people and I always talk about how important it is to remember that it ain’t about us!,” she said in a press release. “We’re supposed to serve others and it’s an honor. On the real — That’s what keeps me going and keeps me humble. With the Simone Biles Story; Courage to Soar coming out, the single dropping and the recent reconnection with my old cast members, I have say… it’s be an honor to be able to serve ya’ll and express myself in different ways.”

Check out the single above.