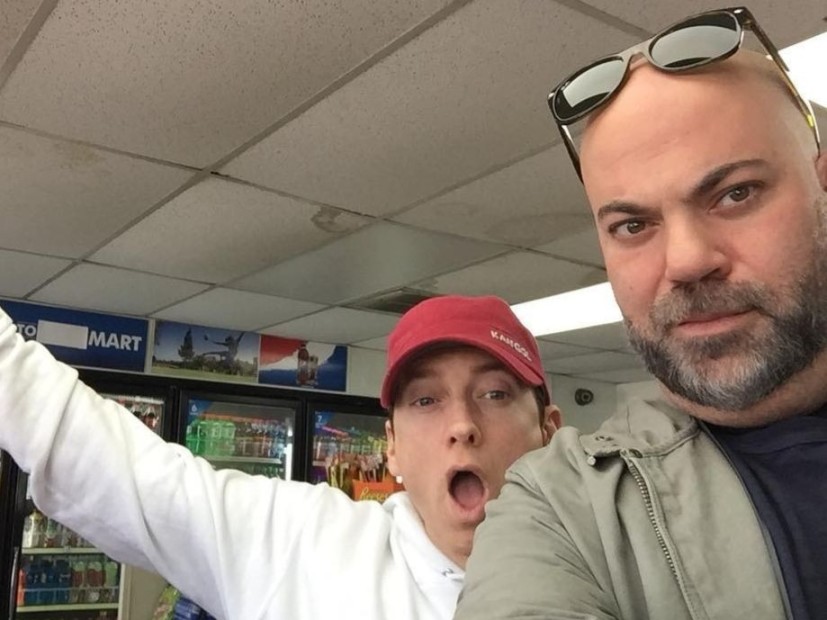 Although Detroit rap goliath Eminem is arguably one of the top rappers in the game, during a recent joint interview with Billboard, his manager Paul Rosenberg recalled a time when Em was struggling to find his voice in his music. Rosenberg said at one point Eminem “was trying to sound like other people,” specifically Nas.

In his defense, Eminem said he wasn’t trying to sound like anyone else — it just happened.

“I wasn’t trying to sound like other people — I just kinda did. [Laughs],” Em explained. “I was a cross between AZ, Nas, Souls of Mischief, Redman, all the great Hip Hop that was out at the time.”

Rosenberg then revealed when he believes Em found his own voice.

“I moved to New York and started studying for the bar [exam], and stayed in touch with everybody from the music scene in Detroit,” Rosenberg said. “At one point, [a friend] hit me up and said, ‘You got to check out the new stuff Eminem’s doing.’ So I got his number, called him up and [asked him to] send it to me. I got the cassette, listened to it and I was really blown away. I realized that he had found his voice.”

Eminem and Rosenberg were also asked to share the moment when they realized they’d made it in their careers.

According to Em, the moment came when he met Dr. Dre at the Interscope Records office. Rosenberg had a harder time pinpointing that particular moment, but did rattle off a list of various highlights, including Slim Shady landing the cover of Rolling Stone.

“I mean, shit, when we went to the Interscope office and [Dr.] Dre walked in, that was crazy,” Em said. “When I was rapping at Dre’s house, the studio he had at his house, the first day we made three or four songs in a couple hours. You know, it was one of those things where I tried not to get my hopes up just to get let down again, or jinx it or something.”

Rosenberg added, “It’s hard to pinpoint. I think it’s a series of events where you see these highlights: sign the deal, go to L.A. to work with Dre, Snoop’s in the studio, hand in records, video on MTV, cover of Rolling Stone, going on tour, TRL.”

Elsewhere in the interview, the longtime friends talk about the first time they met, sleeping in cockroach infested apartments, the concept for Revival and Em’s 2017 BET Hip Hop Awards freestyle “The Storm.”