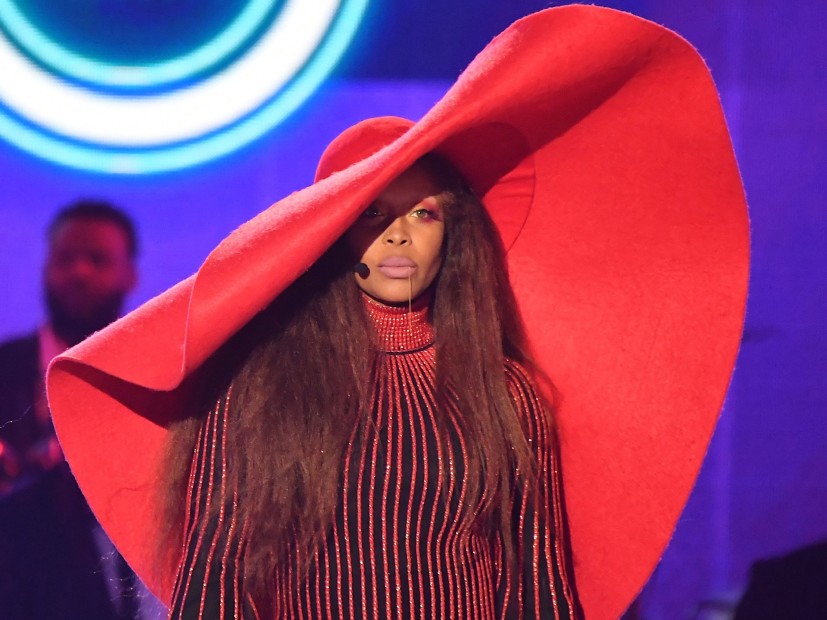 Neo-soul goddess Erykah Badu recently sat down with Vulture for a rare interview, where she had some colorful opinions on everything from mumble rap and Kendrick Lamar to empathy and cognitive-dissonance reality. At one point, the Baduizm visionary even defends Adolph Hitler, you know — that guy responsible for the Holocaust.

When asked about a 2008 trip to Palestine, where she was reportedly criticized for seemingly defending Louis Farrrakhan and not defending Anti-Semitism, she used that argument that she “sees the good in everybody.”

“I’m not Muslim, I’m not Christian, I’m not anything; I’m an observer who can see good things and bad things,” Badu said. “If you say something good about someone, people think it means that you’ve chosen a side. But I don’t choose sides. I see all sides simultaneously. I’m also okay with anything I had to say about Louis Farrakhan. But I’m not an anti-Semitic person. I don’t even know what anti-Semitic was before I was called it. I’m a humanist. I see good in everybody. I saw something good in Hitler.

“Hitler was a wonderful painter,” she added.

Badu was given the chance to clarify and while she did denounce Hitler’s talent as a painter, she doubled down and blamed his childhood for the way he turned out.

“Okay, he was a terrible painter,” she said. “Poor thing. He had a terrible childhood. That means that when I’m looking at my daughter, Mars, I could imagine her being in someone else’s home and being treated so poorly, and what that could spawn. I see things like that. I guess it’s just the Pisces in me.”

Earlier in the conversation, she was asked her thoughts on XXXTENTACION, who is embroiled in legal trouble, and whether we should separate the artist from the music. She curved the question with, “I would never suggest that I have the popular opinion on this. Because I don’t.”

The Dallas native then recalled a random parable her grandmother told her before she explained, “I don’t want to get scared into not thinking for myself. I weigh everything … I would have to really think about it and know the facts in each of those situations before I made a judgment. Because I love Bill Cosby, and I love what he’s done for the world. But if he’s sick, why would I be angry with him?

“The people who got hurt, I feel so bad for them. I want them to feel better, too,” she continued. “But sick people do evil things; hurt people hurt people. I know I could be crucified for saying that, because I’m supposed to be on the purple team or the green team. I’m not trying to rebel against what everybody’s saying, but maybe I want to measure it.”

Later in the interview, Badu opens up about feeling out of place as a kid, the idea she takes rappers she dates to the “sunken place” (she has three children — one with Outkast legend André 3000, one with Jay Electronica and one with D.O.C.) and her definition of “Baduizm.”