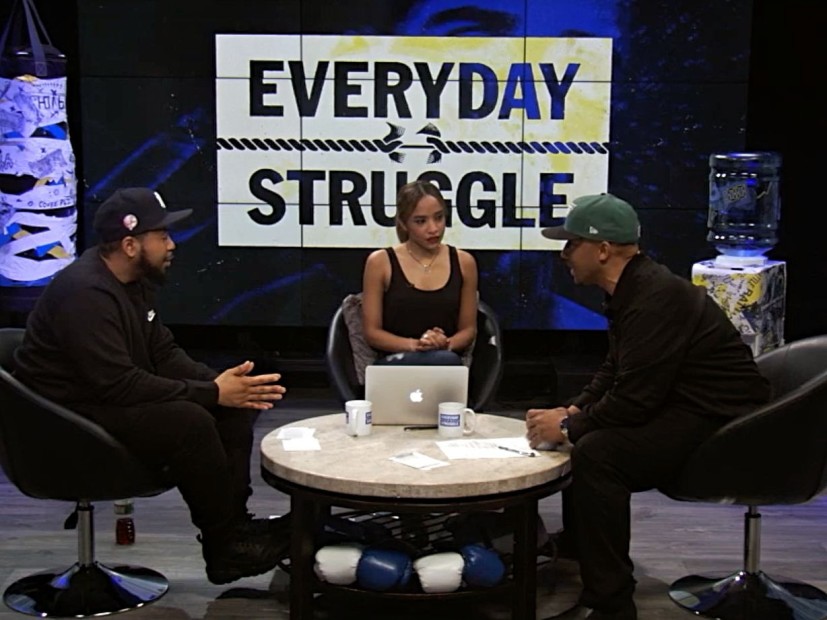 New York, NY – Season 2 of Everyday Struggle premiered on Monday (January 22) and the new episode came with the announcement that Troi “Star” Torain was replacing Joe Budden. As co-host Nadeska Alexis explains in the latest episode, when she got home from taping the show, she received a text message prompting her to check Twitter.

What she found was an onslaught of sexually inappropriate comments Star made about her on his own show Star In The Morning last month.

Naturally, Alexis — the sole woman on the show — addressed Star’s crass comments on Tuesday’s show (January 23). She began with a simple question, “Why?”

“Ok hang on, hang on,” Star replies. “I didn’t know I was going to meet you guys. I say what I say. I do what I do. I snitch at night the way he [co-host DJ Akademiks] snitches in the morning [laughs]. I said some things. When I got the email in regard to coming here, I didn’t even think about it. I didn’t think it was an invite to be a co-host. When I got down here, I said, ‘Oh it’s an audition’  So, those comments were made way before I was contacted by you guys. Those comments were made without having any knowledge that I would even be here.”

When Alexis asked, “So, if we’re already co-workers, it makes a difference, but if it’s someone you don’t know, you would make those comments?”

“They were sexist,” he said. “They were foul and they were wrong.”

Star goes on to assert he’s always “respectful” of his co-hosts and said he has “never” called his female co-hosts the “b-word.”

Considering Star’s “shock jock” style, which got him fired from Power 105 in 2006, his comments aren’t surprising but could cause more trouble down the line. Only time will tell.

Watch the full interview below.