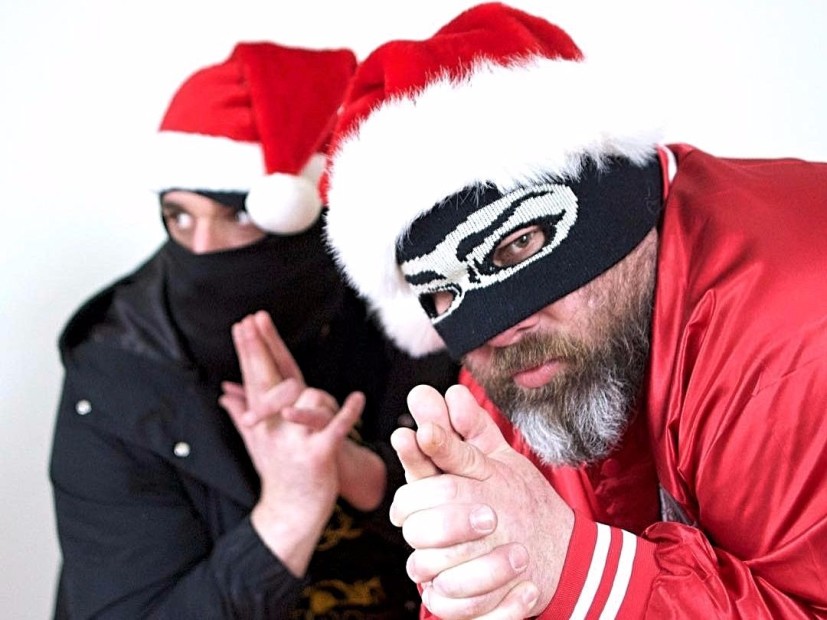 Providence, RI – It’s glaringly obvious America’s socio-political climate is dangerously divisive and the rift seems to only deepen with coverage from conservative media outlets like FOX News. So, Sage Francis and B. Dolan have launched their own “War On Christmas” (in rap form) as a way to put FOX News in its place. The new single serves as the duo’s first official single under the Epic Beard Men moniker.

“B. Dolan and I have been telling people that we were going to release new Epic Beard Men material before the end of the year, so what better time than now to hit fans with a special little Christmas single?” Uncle Sage explains to HipHopDX. “I’m sure we’re not the only ones who get overly stressed by the nonsense that comes along with the holiday season. A ‘season,’ mind you, which seems to extend through November and even into October lately. This just gives us additional inspiration about things to rage about while we develop fantasy scenarios on how this battle will be waged.

“Also, Fox News may be an easy target in Hip Hop, but they love drumming up faux-rage about the ‘War on Christmas’ every year, so we decided to finally bring it to them,” he adds. “This is a war on a lot of things though. Christmas is for kids. We don’t have kids. Time to have fun and blow off some steam.”

Dolan, whose last single “Bannon,” also made his feelings towards the conservative party loud and clear, offered a more personal explanation for waging the Epic Beard Men’s self-described “war.”

“I’ve always hated Christmas music, I think,” Dolan tells DX. “My family worked in retail growing up. My dad worked at a warehouse and I worked there, and in stores for many years. As a result, I mostly associate Christmas music with a crushing workload, strained budgets, frantic reckless consumers creating dangerous traffic everywhere, family trauma and seasonal depression.

“So, when Sage pointed out that Bill O’Reilly and Donald Trump were drumming up a fictional ‘War on Christmas,’ it seemed like a perfect opportunity to make a heartfelt Christmas song … by embodying the sum of their Christ-loving fears with holiday-horror-core agnostic rap music,” he continues. “Therefore, we have made the last Christmas song ever. All we want for Christmas is separation of church and state. Shit is cancelled!

As for the future of Epic Beard Men, the two lethal scribes are only getting started. Fans can expect material via Sage’s Strange Famous Records imprint soon.

“We have a shitload of Epic Beard Men songs being finalized right now, so ‘War On Christmas’ is a bit of a primer for what we’re about to lace 2018 with,” Sage says. “Looking forward to bringing Epic Beard Men out of the shadows and into the fire.”

Check out the “War On Christmas” single above and cover art below. 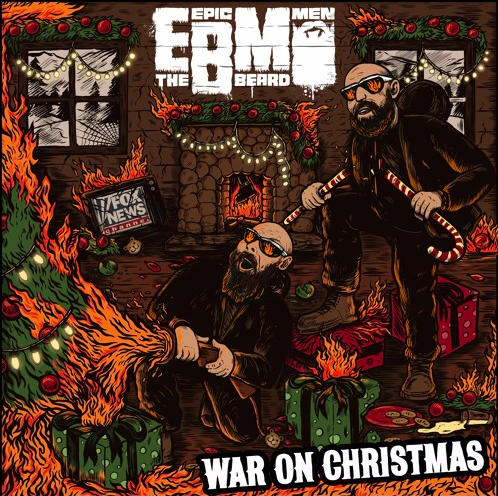