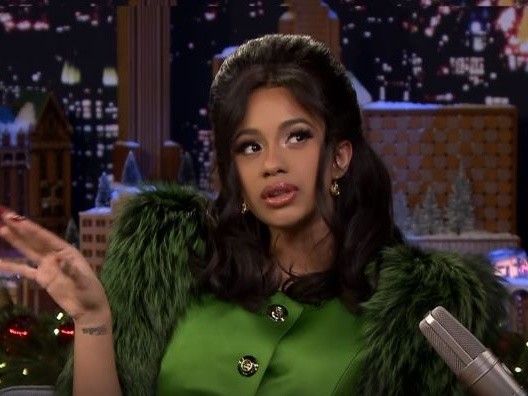 The 60th Annual Grammy Awards don’t air until January 28, but Bronx rapper/Grammy nominee Cardi B already considers herself a winner.

During an appearance on The Tonight Show Starring Jimmy Fallon this week, Cardi was asked if she’s nervous at all about the Grammys. She explained that she is nervous, but is already proud of all she’s accomplished.

“I am nervous,” Cardi B said. “You want to know something? I already feel like a winner. Because I never thought me. I already won. What’s good … It feels good because I really worked my ass off for it. And it’s just like it finally pays off. I have been proven.”

And for those hoping Cardi’s swift glow-up will result in lavish gifts under their tree this year, she revealed that she’s only buying Christmas gifts for the children.

“Everybody that I know got kids,” she said. “And it’s just like that’s a lot of kids. And I got new godkids out of nowhere. You know once you start making money everybody want you to be they kid’s godmother.”

Cardi also spoke on her relationship with Offset and the origins of her rap name.