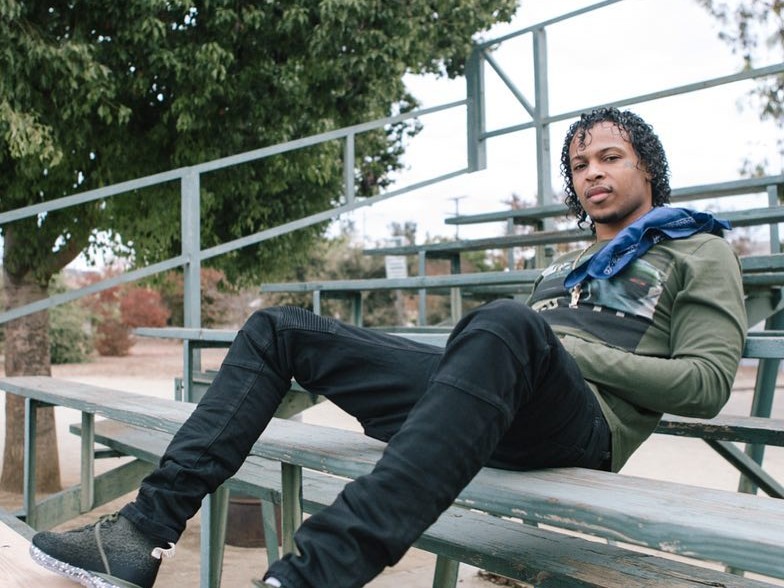 Los Angeles, CA – Growing up in South Central Los Angeles is a source of a pride for rap sensation G Perico. His various run-ins with the Los Angeles Police Department have been been a source of annoyance, however.

As a vivid storyteller, G has narrated his day-in-the-life experiences throughout his music, and the politically-charged 2 Tha Left single “Amerikkka” is no exception. On the Dupri-produced record, he spits on topics such as the injustices of growing up black in America, police brutality and President Donald Trump.

As he explained to HipHopDX when we stopped by his One Stop Smoke Shop, his experience with the LAPD has never been a positive one. But it wasn’t just his experiences with the police growing up that sparked “Amerikkka,” He found new inspiration after seeing the film Detroit, which is based on the 1967 Algiers Motel incident that left three black teens dead at the hands of police.

“What inspired the song … I saw the movie Detroit and this group called [The] Dramatics and a couple of the members were like in there, apart of what happened,”  he told DX. “The fuckin’ police went in there and killed some niggas and shit, beat ’em down and the whole nine. So, that’s what really brought me back to reality to what’s going on.”