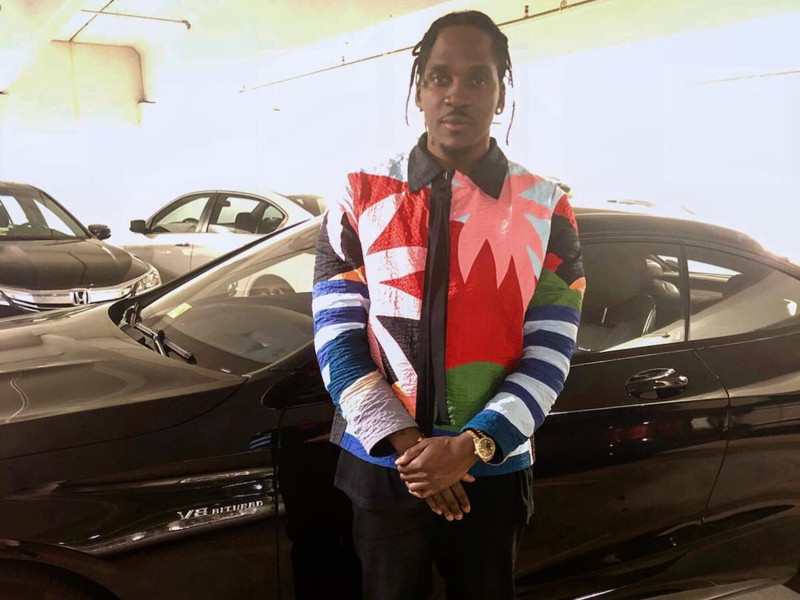 Pusha T is diversifying his brand in light of his newly released DAYTONA album. The GOOD Music president also launched a new Beats 1 show titled KingPush, with the inaugural episode coming the eve of the album’s release (May 24). Pusha provided some insight into his album title, a few tracks on the new project, and the rationale behind the rest of GOOD Music’s upcoming releases.

Pusha starts by explaining the last-minute name change for the album from King Push to DAYTONA. He said as he was making the album, the emotions behind the music started to change. He felt the new album was the product of having the luxury of time. And since his favorite watch is the Rolex Daytona, the album morphed into what he calls the “masterpiece” named after it.

Elsewhere on the show, Pusha got into the inspiration behind a few tracks. On “Come Back Baby” he comments on how people complained about the explicit street content in his lyrics but when he’s not flooding the streets with new music, people want more music from him.

So he told himself, “I’ma get on my executive shit. I’ma do my thing. President of GOOD Music shit. I was playing politics, trying to work on prison reform shit.” But after looking at social media amid all of that, he came back because “y’all need that mutherfuckin’ fix. Yuck!”

For the song “What Would Meek Do,” as soon as Pusha heard the beat, he wanted Meek himself on it, but at the time he was in prison. Then once Meek was free, Pusha couldn’t bring himself to ask Meek to hit the studio and record something so soon. He also provided a random trivia fact that Meek did a wheelie in Clipse’s 2003 video “Hot Damn,” which was shot in Philly.

Pusha also got into the rest the upcoming Kanye-produced releases: Kanye West’s solo album, Kanye/Kid Cudi’s Kids See Ghost collab, as well as projects from Nas and Teyana Taylor. He addressed the fact each album will have 7 songs with, “Man, if we can’t kill you in seven songs, we really don’t need to be doing the music.” He’s noticed most albums are clocking in at 18 to 20 songs and he would rather stick to quality over quantity.

Finally, Pusha also shouts out Big Meech and Tyquan who are locked up in federal prisons with regard to the song “If You Know You Know.” Big Meech apparently had sent Pusha a picture on his birthday (May 13).