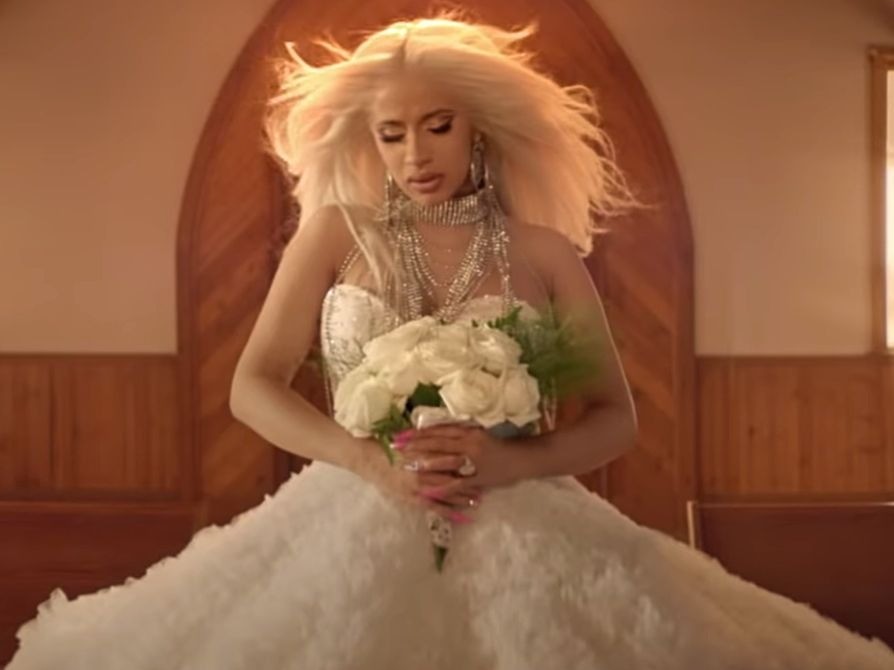 After promising a video for “Be Careful” on Sunday (May 19), Cardi B has kept her word and delivered the cinematic event.

The roughly four-minute visual shows the Bronx rap princess pulling up to a run-down old church somewhere in the middle of a desert. Dressed in wedding attire, she enters to church to find her suitor waiting at the altar. They tie the knot but somewhere along the line, he betrays her.

The next scene sees Cardi at her husband’s funeral and rapping about infidelity before driving off into the sunset.

“Be Careful” comes from the 25-year-old’s debut album, Invasion Of Privacy, which dropped in April. The album debuted at #1 on the Billboard 200 upon its release.

Watch the Kill Bill-inspired video above.