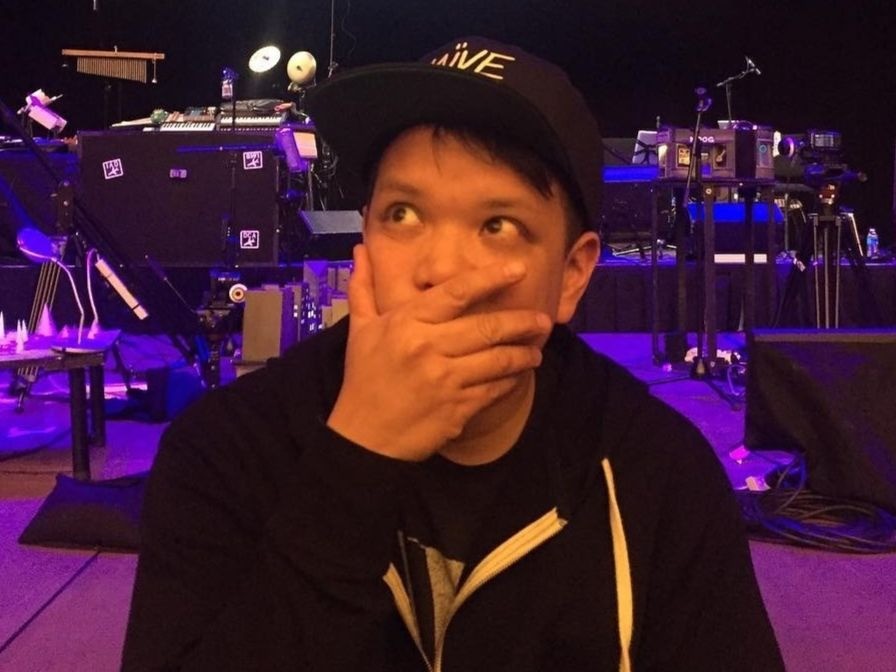 Montreal, Canada – In terms of legendary turntablists, Kid Koala is among the elite. From his work with the Gorillaz, Handsome Boy Modeling School and Deltron 3030 to touring with Cut Chemist and DJ Shadow on The Hardsell Tour, his career is continuously fruitful.

Kid Koala’s most recent venture, the Floor Kids: Original Video Game Soundtrack, finds the Montreal-based DJ curating the music for Floor Kids video game, which allows players to battle in breakdancing competitions. On May 16, the game was added to the PC game platform STEAM, so anyone with a computer now has the ability to play it.

“It’s gonna be available to so many more people,” Kid Koala tells HipHopDX. “I’m very excited about that. We’re proud of what we made and we’ve been working on it for five years. We’re happy as hell it’s out at all no matter what platform it’s on, but the fact it’s on STEAM, we’re very excited. It’s like our baby.”

“The game is more based on self expression,” Kid Koala explains. “During the verses, you’re actually free to do whatever you want in whatever order you want, and create your own choreography like a B-Boy or B-Girl would in a cypher.”

“I’m actually gonna get Del on some Floor Kids tracks,” he says. “We’re gonna build him his own level that you can unlock in the game and there will be three tracks you can battle on featuring Del, amongst some other MCs.”

Ladybugg Mecca of Digable Planets and Black Sheep’s Dres are expected to participate in the game as well. Although he couldn’t reveal the timeline for those additions, Kid Koala did provide an update on new Deltron 3030 material, and what he, Del and Dan The Automator have cooking.

“With the Deltron records, Del does a lot of research,” he says. “He does a lot of reading and absorbing of all kinds of art, sci-fi novels, stuff like that. I think with Event 2, we had all these beats ready and all these tracks ready but he just wanted to keep reading more about it and figure out what he was gonna say. We were kind of in a holding pattern until he was ready.”

“When Del is ready to do it, I know Dan and I are absolutely ready to go,” he adds. “I have heard a couple of the beats already for the new one. I wouldn’t say there’s a full album but Dan’s definitely started some stuff. I’ve done some turntable layers on a couple things already but when Del is ready, he can write very quickly. He’s very deliberate with the lyrics on the Deltron records for whatever reason.”

In a recent interview with Red Bull Radio, Dan The Automator confirmed another Deltron 3030 record was in the cards but for now, it’s just a matter of timing.

“The three of us have every intention to do more Deltron material,” Kid Koala says. “As far as it even synchronizing into a period of time where we’re all gonna get together in a session or even a potential release date or tour dates, none of that is confirmed yet.”

Until then, Kid Koala will be busy promoting Floor Kids and working on its next stages. He sometimes finds himself in disbelief that music has taken him so far.

“There’s always gonna be the people who tried [scratching] out but it wasn’t really for them,” he says. “Then there’s gonna be those people who get that bug for it and weirdly it becomes part of their DNA. For me, the first time I scratched a record I knew immediately this is it. It’s like my brain cracked open and I could all of a sudden see all these possibilities, all these paths.

“Even now, I’m doing scratching and it’s in a Nintendo game. When I was starting to DJ, if you’d said, ‘Oh yeah, you’re gonna be on Nintendo someday because of scratching,’ I’d be like, ‘What are you talking about?’ Looking back, I can connect the dots, and see the universe and the stuff I was into just colliding. You’re just hoping you find an audience for it.”

Floor Kids is currently available on STEAM and Nintendo Switch, and will hit Playstation and XBOX soon.