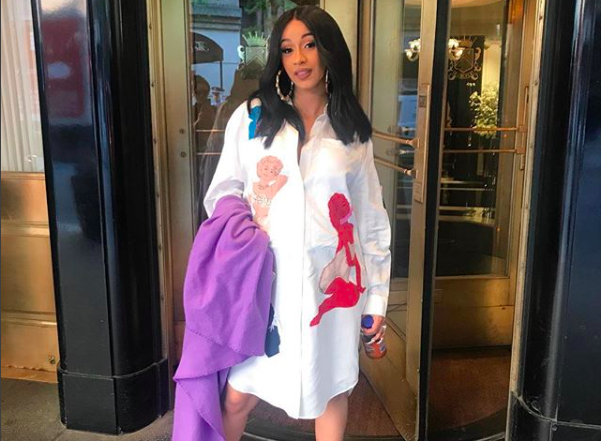 After weeks of dropping clues, Cardi B confirmed she is pregnant with a girl during an appearance on The Howard Stern Show on Wednesday (May 9).

“I’m having a girl,” she stated plainly after Stern asked if she knows her baby’s sex.

Prior to this, the rap princess had casually mentioned that she’s having a girl on several occasions. Just before attending the Met Gala with designer Jeremy Scott on Monday (May 7), Cardi was quoted calling her baby bump a “she” in a chat with the New York Times.

“She do weigh three and a half pounds,” Cardi said. “That’s pretty good for seven months, right?”

That same night, she also used female pronouns while speaking to Entertainment Tonight on the red carpet, saying, “Oh, she wants to fight me!” in reference to her baby’s kicking.

In April, the “Bodak Yellow” artist’s sister Hennessy wrote, “I’m going to be able to hold baby you and give her all the kisses and hugs!” in a since-deleted Instagram caption, using “her” when mentioning the unborn baby Bardi.

Cardi first announced her pregnancy with fiancé Offset during an April 7 appearance on Saturday Night Live. It will be the 25-year-old’s first child. Offset has three children from previous relationships.