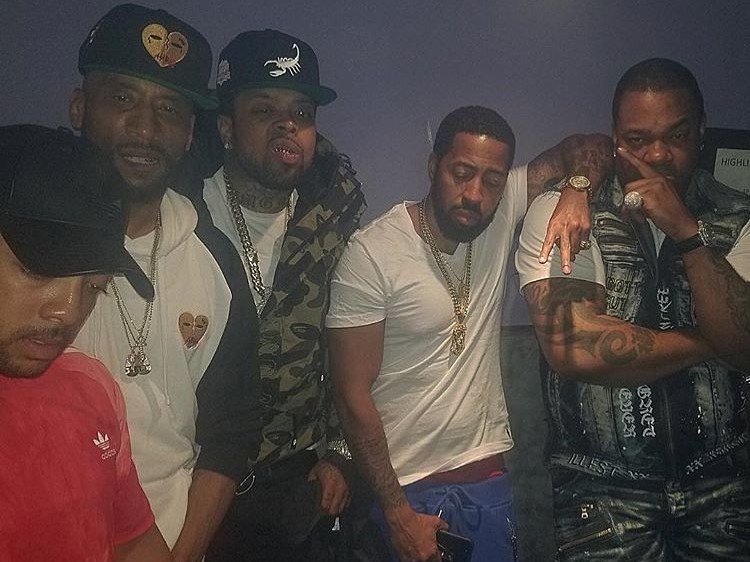 New York City, NY – Busta Rhymes has a serious pick for who he considers is in his top five rappers dead or alive. And longtime fans will immediately recognize it to be a familiar one.

On Thursday (May 3), during Roc Marciano’s Manhattan show at Highline Ballroom, presented by Dallas Penn, The Dungeon Dragon was a special guest and gave an impassioned performance of his 1997 classic, “Put Your Hands Where My Eyes Could See.”

Afterwards, he gave a speech on why Roc Marci is in his personal Top 5 list.

“When I say Roc Marci is my top 5 MC ever, there’s a whole lot of science behind that,” he began. “The God Roc Marciano is a godsend.”

The veteran rap star went on to reveal that he’s never actually seen Roc Marci perform live before, even though they have a long friendship that dates back almost 30 years.

Roc Marci was originally a member of Busta’s Flipmode Squad before leaving to join The U.N., which consisted of Dino Brave, Mike Raw, and Laku. Busta and Roc’s history before rap only further Busta’s appreciation of Roc’s progression as an MC and his technical prowess.

“The precision, his ability to be an incredible architect with words. The man is a craftsman with the pen,” he said.

Later, Busta hinted that certain “great” rappers are too scared to jump on records with Roc Marci. Since he wouldn’t name any names, your guesses are as good as ours.

The night as a whole saw Roc Marciano celebrating the release of RR2: The Bitter Dose in his hometown, while bringing out the likes of Westside Gunn, Mr. Muthafuckin’ eXquire, Action Bronson, Big Body Bes, and Knowledge the Pirate. Solomon Faye, DJ Muggs and Mayhem Lauren also served as openers.

Throughout his set, Roc balanced songs from Rosebudd’s Revenge, the new album, and some deep cuts for his diehard fans.

Watch the Busta Rhymes co-sign in full up above.