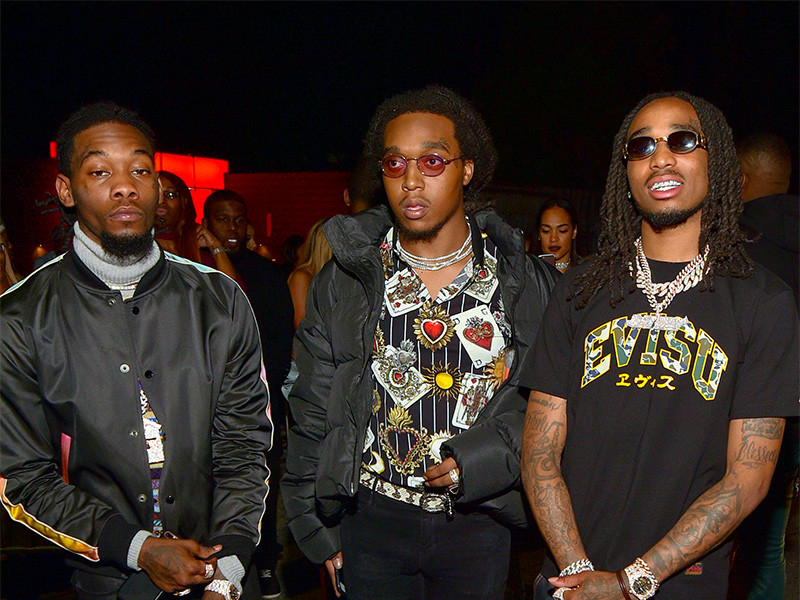 Las Vegas, NV – Quavo has been charged with battery for his alleged role in a brawl on Sunday (April 29). According to The Blast, the Migos member and three other people were cited for battery against two employees at the Encore Hotel & Casino in Las Vegas.

Video of the incident’s aftermath surfaced online over the weekend, but it was security footage that reportedly led to Quavo getting charged. Police claim the Hip Hop hitmaker was clearly involved in the fight after watching the tape.

Over the weekend, Atlanta rap trio Migos allegedly found themselves involved in yet another dust-up.

The physical exchange reportedly went down after the group performed at Drai’s Nightclub on Friday (April 27).

According to The Blast, the group and Cardi B headed back to the Encore Hotel and Casino after their performance. While in the valet area of the Las Vegas hotel, Quavo was reportedly asked to move his car.

From there, words were exchanged and a physical fight is said to have broken out. Cardi B was reportedly rushed to safety as the altercation broke out.

The entire group was reportedly kicked out of the hotel, where they were staying, after the brawl.

Additionally, The Blast obtained video of the chaotic moments after the fight. In the video footage, security can be seen scurrying around as onlookers observe the aftermath.

Following the alleged fight, The Blast was informed by the Las Vegas Police Department that they reported to the Encore Hotel at around 4 a.m. on Saturday (April 28). One person, possibly from Migos’ entourage, was cited and released.

As of Monday (April 30), members of Migos and Cardi B have remained mum on the details of the encounter.