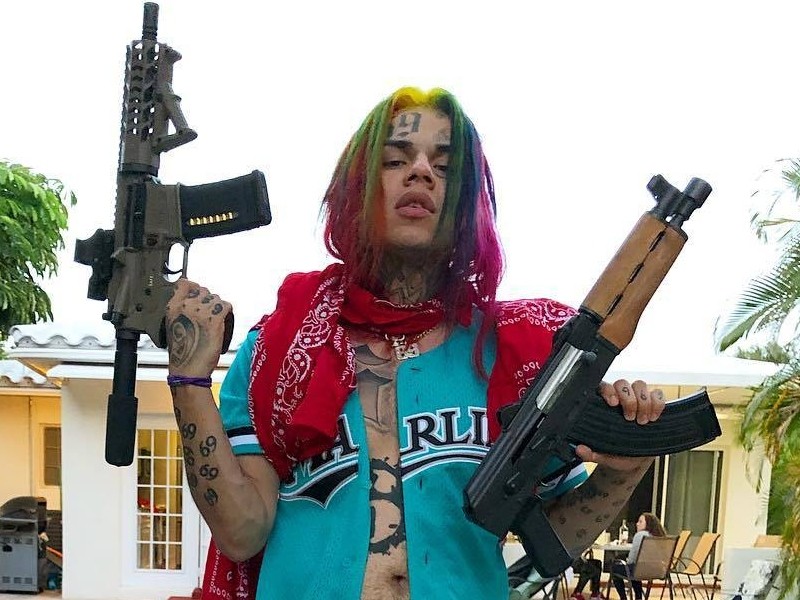 Tekashi 6ix9ine likely won’t be bragging about this on social media. On Saturday (April 28), TMZ reported the polarizing rainbow-haired rapper has been dropped from his $4.9 million deal with TUNES Audio.

According to a TUNES Audio rep, 6ix9ine’s close affiliation to a recent shooting cost him the contract.

“At this time it is in the best interest of our company to move on,” the rep said. “We wish him well, he’s a great artist.”

Earlier this month, the DAY69 rapper and his crew were allegedly involved in a shooting at Brooklyn’s Barclays Center during the Adrian Broner vs. Jessie Vargas fight. 6ix9ine’s manager Tr3yway is now a person of interest and police are currently investigating the alleged incident.

As a result, the 21-year-old sensation has also been cut from the Soulfrito Fest 2018 at the Barclays Center where he was scheduled to perform on June 8.

Tr3yway was present for 6ix9ine’s infamous Breakfast Club interview where he defended 6ix9ine’s online behavior and championed his client’s seemingly violent persona, imploring his haters to “understand him.”

Revisit the clip below.