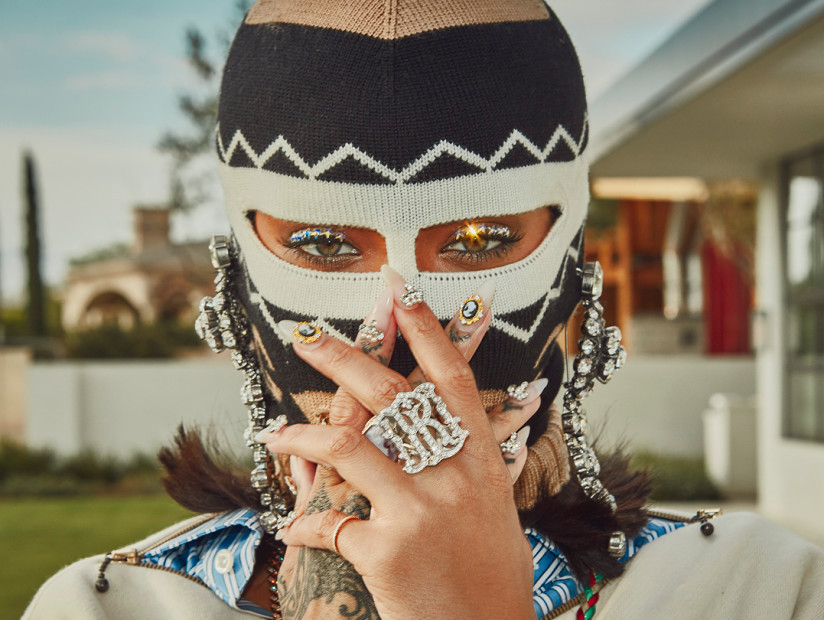 Earlier this month, Rihanna excited her fans by sharing a cryptic Instagram post. Now, the pop superstar has revealed she was teasing her new lingerie line called Savage x Fenty.

RiRi’s latest endeavor is scheduled to be released on May 11 via SavageX.com. The site currently display a countdown clock to the lingerie line’s release date.

According to Vogue, TechStyle Fashion Group is speculated to be the financial backer behind the line. The company declined to comment when asked but has notably supported celebrity brands by Kim Kardashian and Kate Hudson in the past.

(The original version of this article was published on April 17, 2018 and can be found below.)

Rihanna has her Navy shook after posting a cryptic message on Instagram.

The post is a picture of two televisions with the caption “didn’t they tell you?” — words from her ANTI cut “Needed You.” The image on the top TV appears to be Rihanna wearing some jewelry. The bottom TV depicts television noise.

It’s not clear what this Rihanna is teasing at this point. Many fans are hoping it’s a hint about a new album, which would be the follow-up to 2016’s multi-platinum selling ANTI LP.

RiRi certainly knows how to be mysterious, as seen by her showing up to Coachella wearing a Gucci-designed ski mask that made her unrecognizable. Perhaps there’s a Gucci and Rihanna fashion collaboration in the works.

Another clue comes from a verified Instagram account named @savagexfenty, which could be a reference to the “didn’t they tell you that I was a savage?” line mentioned in her latest Instagram post, her last name (Fenty) and her Fenty Beauty makeup.

If Rihanna is teasing new music, she’ll join a growing list of artists cryptically revealing their release plans. This week, Drake dropped hints about his new album, Scorpion, using jewelry and fashion. Also, J. Cole changed his social media to purple artwork and surprised fans with a free show on Monday (April 16) before announcing his new album KOD will be available on Friday (April 20).