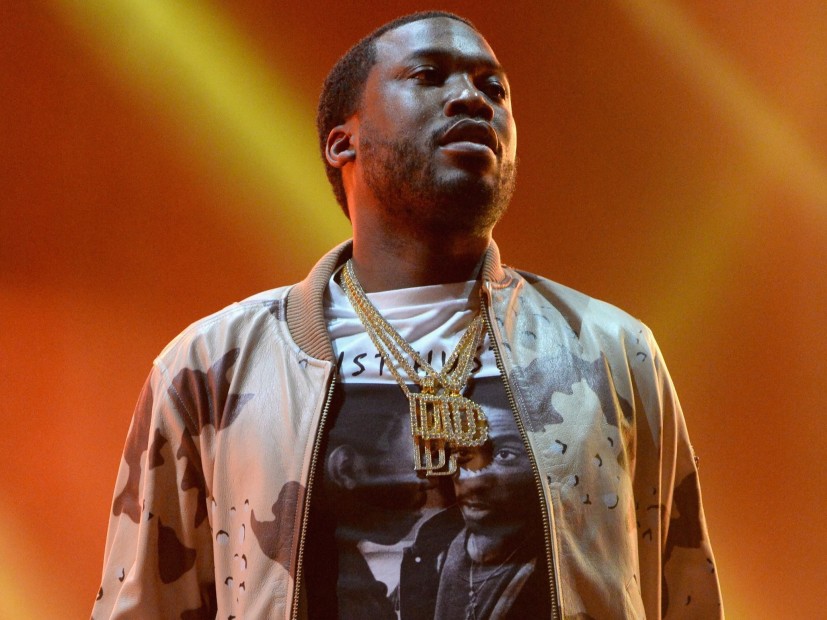 Philadelphia, PA – Meek Mill made his first public appearance since being released from Chester State Prison on Tuesday afternoon (April 24). According to Meek’s publicist, after stopping at the barber to get his hair cut, he was taken to the Philadelphia 76ers game at the Wells Fargo Center where the Sixers are playing the Miami Heat.

In a video shared to Twitter, Meek was all smiles as he rang the Liberty Bell to start the game.

“Give it up for Meek Mill,” the announcer says.

The Sixers ran out to the court blasting Meek’s track “Ima Boss,” a cut from his 2012 album, Don’t Panic.

The Sixers’ co-founder Micheal Grubin picked Meek up from the prison and quickly posted a photo of the Wins & Losses rapper in his car.

The day has finally arrived — Meek Mill is now a free man. After the Philadelphia Supreme Court granted Meek’s bail on Tuesday (April 24), Twitter exploded with excitement for the Philly rapper who’s been incarcerated since last November.

Judge Genece Brinkley had initially ruled he’d stay in prison until his next appeal hearing but the Supreme Court threw her decision out.

In a statement to HipHopDX, Meek’s publicist said the rapper will likely be at the Philadelphia 76ers game on Tuesday night. His first stop was the barber where he got his haircut for the game.

From Funkmaster Flex, Dave East and YG to his loyal fans, hundreds of people are rooting for Meek on social media, and there’s no doubt he’s feeling the love.

Check out the reactions below.

Meek Mill is this generation’s MLK!!