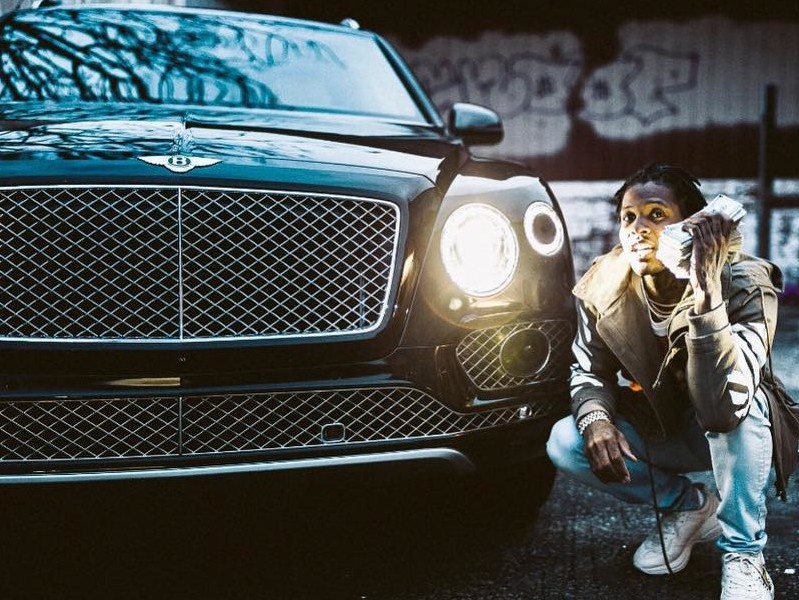 Los Angeles, CA – Whether Lil Durk left or actually got dropped from Def Jam is irrelevant. The “Chicago rapper” isn’t putting all his eggs in one Easter basket.

During a recent interview with VLADTV, Durk, 25, spoke on his various business ventures, which included starting a trucking and realty company, named Asking About Trucking and A&B Real Estate Management, respectively.

The OTF crew leader also attributed his off-rap hustle to actually listening to the financial musings of JAY-Z, Drake, 50 Cent and Diddy, a remarkable admission, seeing that his generation has been widely criticized with failing to obtain Hip Hop literacy from its elders.

“A lot of rappers come here talking that big boy stuff if rap would stop right now a lot of y’all would be broke,” Durk says of his peers. “Like what y’all gon do now? I got my own trucking company. My own real estate company.”

We started off with [two trucks] and now we got like eight or nine big wheelers,” he continued.

“They make real videos to show you. And I done watched a couple of those videos like, “Damn. I need my own real estate company. You get drivers. It can be anybody but you gotta have the right drivers. I don’t want no muthafucka who get high off any type of drugs, who drink all day to be on the road with my shit, you feel me? So we pick all smart muthafuckas, everybody who ready to work and think.”

When it comes to the real estate initiative, Durk admits he’s just getting his feet wet but revealed he did obtain his second house to flip already.

Elsewhere in the conversation, Durk speaks on his hometown of Chicago and speaks on moving to Atlanta in favor of a better lifestyle due to the city’s consistent crime rate.

Down below, he speaks on his the Def Jam situation in his own words.