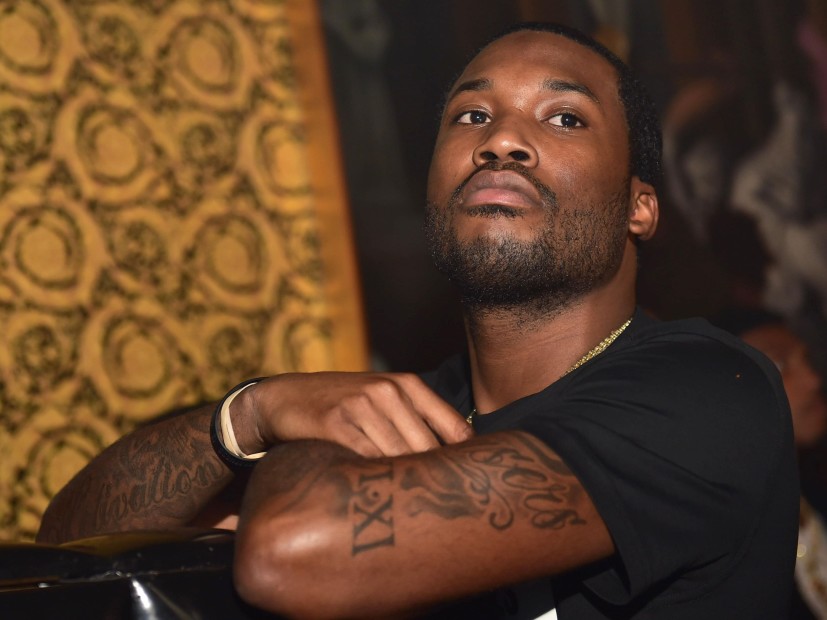 Philadelphia, PA – Meek Mill had another hearing in a Philadelphia court on Monday (April 16) and it was determined he should get a new trial.

According to the Philly Inquirer, the Philadelphia District Attorney’s Office said his arresting officer’s credibility has been questioned and therefore, Meek’s original conviction on gun and drug charges should be vacated. It was the first time prosecutors have agreed with Meek’s lawyers that his initial arrest was suspect.

But Judge Genece Brinkley, who sentenced Meek to two to four years in a state prison for probation violations last November, refused to grant the Philly rapper’s request for immediate bail despite learning Meek’s arresting officer, Reginald Graham, was on a list of alleged corrupt Philly cops.

Protesters showed up to the hearing to not only demonstrate their support for Meek but also call for criminal justice reform. Meek’s high profile case has attracted the attention of fellow artists, including JAY-Z and Rick Ross who continue to vocalize their disdain for Meek’s current situation.

Meek was not at the trial on Monday.

One of Meek’s attorneys, Brian McMonagle, said his team would be filing motions with higher courts seeking to secure Mill’s release “immediately.” McMonagle added his team was “elated” by the District Attorney’s Office’s decision, adding it would be a “reprehensible crime” if Brinkley didn’t approve.

Joe Tacopina, another one of Meek’s lawyers, said, “Now the fact that he’s in jail is even more egregious.”

In a statement sent to HipHopDX, Tacopina added,”We are thrilled that the District Attorney’s office has consented to the PCRA relief which we requested on Meek’s behalf. As a result, the DA agrees that his conviction should be overturned. The DA also stated in open court that the prior DA was aware that Officer Graham was untrustworthy as far back as 2005, which was never disclosed to Meek’s defense team. In light of these significant developments, we are stunned that Judge Brinkley continues to adhere to her view that Meek is not entitled to immediate release on bail. We will apply for emergency relief with the Supreme Court immediately, and are sure that this travesty of justice will be rectified soon.”

Another hearing has been scheduled for June when Judge Brinkley must ultimately decide his fate.