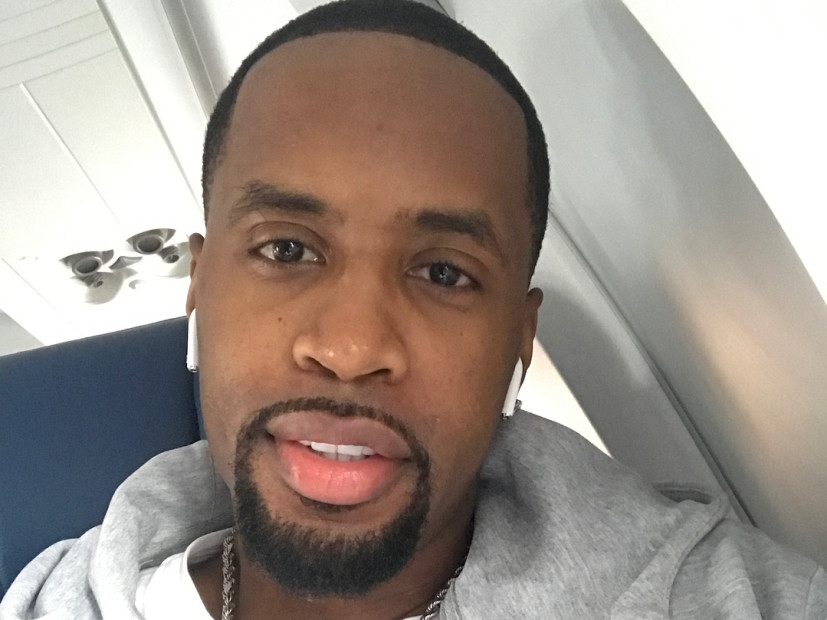 New footage of Safaree Samuels getting robbed at gunpoint in a New Jersey parking garage earlier this month has surfaced.

Safaree — a cast member of Love & Hip Hop: New York — revealed the news during an interview with The Angie Martinez Show a few hours after the incident took place.

“I just got robbed, two dudes with guns just ran up on me,” he said. “Had me face down on the floor with a gun to my head. They just took everything.”

He reportedly told police the robbers took $183,000 in cash and jewelry.

A surveillance camera in the parking garage caught the whole incident on video, and footage of the robbery has now been released by TMZ.

In the video, two robbers approach Safaree and his friend with guns drawn as he stands near his vehicle.

The two thieves can subsequently be seen going through Safaree’s red fur coat — the same one he wore during his interview with Martinez a few hours later — looking for valuables. Safaree is then ordered to get on the ground with his face to the floor.

The two robbers later flee the scene, as does Safaree and his friend.

The suspects — who have since been named by police as Jonathan Ricketts and Shawn Harewood — were arrested shortly after the incident took place. The pair was reportedly chased from New Jersey to New York by local authorities.