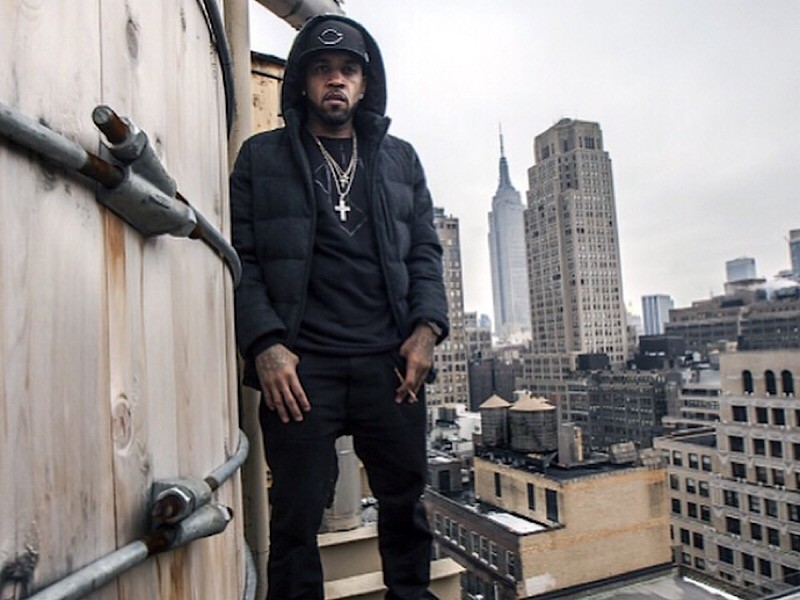 Fans of rapper Lloyd Banks flooded his timeline following what appeared to be a retirement announcement this morning (March 16). However, it seems that the G-Unit’s most lyrical emcee isn’t going anywhere.

He squashed the whole situation by posting a clip of Ric Flair’s infamous speech on the November 26, 2007, episode of WWE Raw to where he announced: “I will never retire.”

“Just goes to show you what a mess the industry has become,” the rapper wrote via Twitter. “They’d rather cover everything that happens around the music than the actual music itself.”

“I hope all these outlets support me when I drop,” he concluded.“

Just goes to show you what a mess the industry has become..they’ll rather cover everything that happens around the music..than the actual music itself..I hope all these outlets support me when I drop..have a good day

This article has been updated. The following was posted at 1:30 p.m.

Since the dropping the 2002 mixtape 50 Cent Is the Future, G-Unit rapper Lloyd Banks has established himself as a lyrical force. Now, after a storied career that includes 16 mixtapes and three studio albums, Banks announced he’s hanging it all up.

“I fell in love with Hip Hop over 25 years ago … it was that thing I turned to during good times and bad,” he tweeted on Thursday (March 15). “I just wanna say thank you to the artists that inspired me.”

“[I want to] send my appreciation to everyone that supported me till this day,” he continued before adding, “I think it’s time to lay it down.”

I fell in love with Hip Hop over 25 years ago..it was that thing I turned to during good times and bad..just wanna say thank you to the artist B4 me that inspired me..and send my appreciation to everyone that supported me till this day THANK YOU!!

With that being said..I think it’s time to lay it down 💯

Fans immediately shared their disappointment and many begged Banks to reconsider.

Nah don’t do this pic.twitter.com/CWrH72BYuo

Dam bro don’t do it, we need you

Thx for everything boss. Had many dope moments in life that are tied to yo music. You a legend fam.

Thank you for being an inspiration to me and your many die hard fans. We appreciate all the free music you’ve given us. Now WE owe it to YOU to buy anything you drop!!! Thank you for all the 🔥 blue!!! 🐐

You inspired a lot of the artists underneath you too god!

I’ve listened to your victory freestyle since I was 14. #punchlineking

I actually had to fight in middle school over a Cassidy vs Lloyd banks argument.

Man I hope u ain’t retiring family Yall Niggaz inspired a nigga like me doing this music. Just seem to early to soon at lease give a one more album b4 u dip big dog #SALUTE4EVERYTHINGUGAVEDAGAME

Thank you. From a real hip hop fan you’re a living legend ✊🏿

Hip Hop has seen its share of false retirements over the years. Too $hort retired in 1996, only to return in 1999 with the LP Can’t Stay Away. JAY-Z also gave retirement a shot.

It’s unclear if Banks will stay away or drop any projects before hanging it up for good.