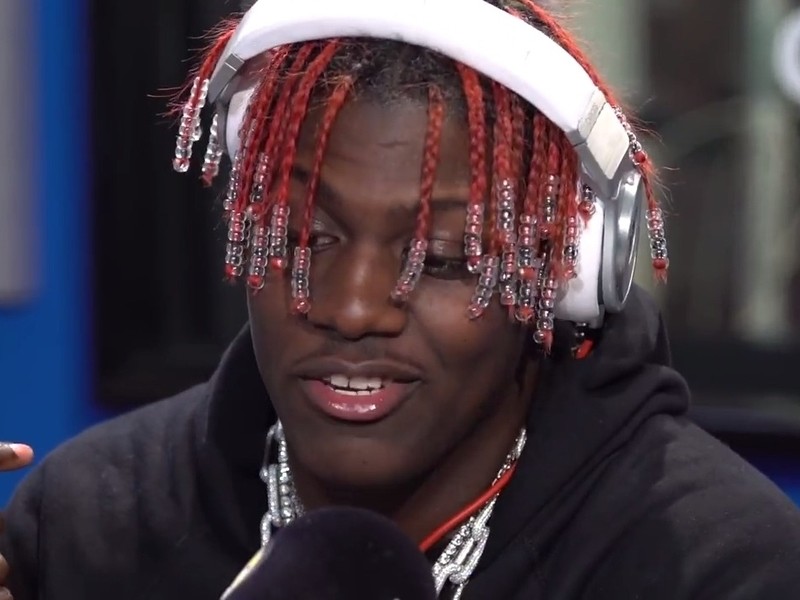 Hot 97’s Funkmaster Flex and Lil Yachty have long been at odds, with Flex throwing shade at the 20-year-old more than once over the past year. The two appear to have set aside their differences, at least for the moment, because Yachty dropped by the studio to drop a freestyle for the veteran DJ.

Flex recently called out Yachty as an example of a wack rapper on Instagram and was seemingly impressed by Lil Boat not only responding but also showing up to the studio.

“At least I can say I did it, whereas I would have been at home wishing I did it,” Yachty said before dropping a two-minute plus freestyle over Mike Jones’ “Still Tippin’” instrumental.

Yachty didn’t get too diverse –or deep — topically, dropping bars like, “Young nigga I’m a prince, could have bought a house in Bel-Air” and “I don’t even watch sports but my backyard like a golf course.” Yachty has never claimed to be a lyrical phenom and apparently, that wasn’t his aim. He showed up to prove he’s not only capable of holding his own on the mic but also unwilling to back down from a challenge.

Online response to the freestyle was mixed. Check out a sample of the reaction below.

Lil Yachty was rappin on that beat with no flow or rhythm he was rappin like a white person dancing .. Funk Flex should be ashamed for having that shit

You Know What’s Also Interesting About Hip Hop ? Seeing Artist Who Come In Young And Mature.. Lil Yachty Was Saying A Lil Something On His Flex Freestyle, Who Gonna Be The Next Lil Wayne ? 🤔

I know Yachty did not just follow Royce on Funk Flex….🤦🏽‍♂️