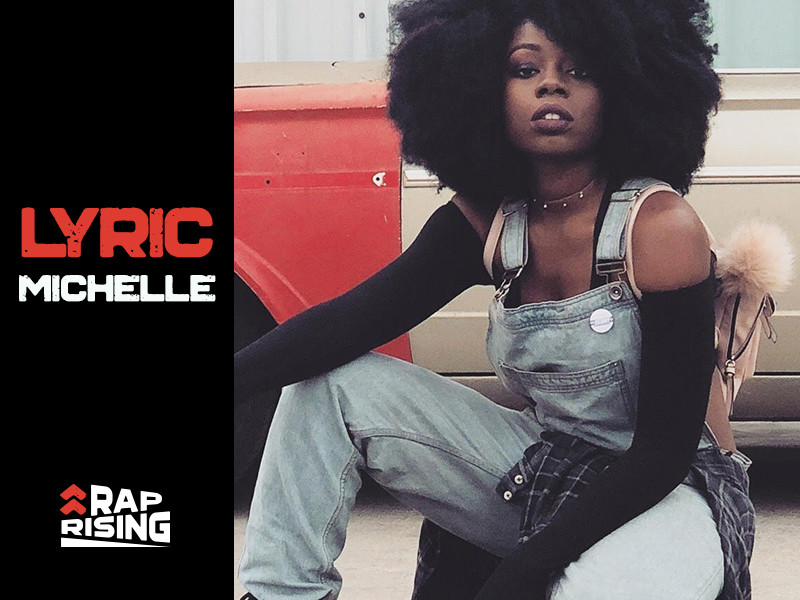 Houston’s Lyric Michelle has received plenty of critical acclaim in her hometown, being awarded “Best Lyrics” by the Houston Press and releasing the city’s best album — the Chris Rockaway-produced Miss Direction — in 2016 according to the Houston Chronicle. She got her start in poetry before eventually making her way to Hip Hop after releasing a cover of J. Cole’s “Light Please.” For Michelle, her career isn’t just about creating great music but also paving the way for more female rap voices.

As Michelle prepares to take the SXSW stage, HipHopDX was able to chat with her to see what she’s looking forward to at this year’s festival.

HipHopDX: Have you ever performed at SXSW before? If so, what makes this year different than previous ones?

Lyric Michelle: Yes! I’ve performed for the last few years, and it’s always an annual goal of mine. Being from Houston, it’s so close to home. This year, I’m coming from an extended stay in L.A. where I was able to spend time working on amazing new music, new styles and really perfecting my craft. My last project was named #1 by the Houston Chronicle, so I’m extremely excited to release the new EP. I want to share my truth and rock the hell out of that stage.

I’m very excited about the HipHopDX show, such a talented group of artists. I can’t wait to rock the crowd at The Parish, such a very dope venue.

I plan on watching as many performances as I can, but I haven’t narrowed my list down. I’m focused on my performance and after, I’d like to see where the night takes me.

The worst part can be travel. I perform with a live band when I can and coordinating travel and accommodations can be tricky. But the best part of preparing for a performance is that moment when you know you have all the songs and technical parts down. That’s the point where you can start having fun, that’s when I know I’m ready.

There are thousands of artists performing at SXSW. Why should people come and see you perform?

Coming from a place of true honest artistic expression … and bars. [laughs] I honestly believe you’d be blown away. I think my music is really relatable.

I’m pretty sure my first performance outside of my hometown was in Austin, Texas. Such a wonderful experience that still kind of felt like home. I opened for Talib Kweli, and it was the biggest crowd I’d ever seen; really a great night.

My first paid gig was in Houston, Texas. I had been going to a weekly open mic/cypher called Kickback Sundays and that’s where I first started to get noticed. I think after I won that competition, I immediately was booked for like three shows in one week and I loved every second of that stress.

I’ve been fortunate enough to have been posted on DX before, and I’ve been following a lot of your segments for a while now. I’m a huge fan, but the recent article on Diddy saying there are too many rappers really got me thinking. Do I agree? Naw, not at all. I feel like the more you have, the greater the chance is that you’ll find greatness. I think the problem lies with the people who are able to make a difference. To say everyone sounds the same is to admit you’re not looking hard enough. If you rely on likes and retweets from DJ Akademiks then yeah, I’m sure you think there are too many rappers that all sound the same. But the internet isn’t real. It shouldn’t be treated like the only metric available to discover talent. It’s dope to be able to have that type of reach, but it shouldn’t be the end all be all. I’ve been performing for years; I see greatness every day, and it inspires me to be better.

If you could let your fans know one unique fact about yourself, what would it be?

My middle name is Nigerian and is Orgadimma. I used to hate it when I was a kid and I was low-key ashamed. But now, I love it. Or-gah-ah-deem-mah means ‘it will all be well” in Igbo.

Check out Lyric Michelle at DX’s Rap Rising showcase at SXSW on March 16 at The Parish.