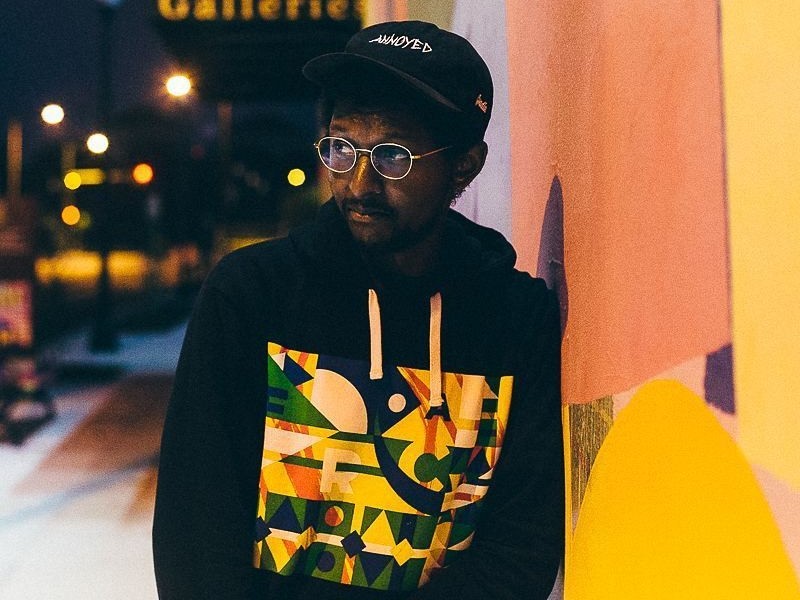 Virginia producer EOM aka Element Of Music has passed away due to complications from scleroderma, an autoimmune disease. EOM’s longtime collaborator Wax announced the sad news via social media on Sunday (March 4).

“I am heartbroken to share the news that Daniel Carey aka EOM has passed away due to complications from Scleroderma,” he wrote. “Daniel touched a lot of people with his personality and even more with the absolutely beautiful music that he created. I love you brother and I miss you so much.

I am heartbroken to share the news that Daniel Carey aka EOM has passed away due to complications from Scleroderma. Daniel touched a lot of people with his personality and even more with the absolutely beautiful music that he created. I love you brother and I miss you so much.

EOM was probably best known for his work with Wax (a former Def Jam signee), but the talented producer worked with a variety of prominent Hip Hop artists over the course of his career. Anderson .Paak, Blu, Chamillionaire, Mega Ran, Dumbfoundead, Asher Roth, Shad and Sene are just a few of the MCs that collaborated with EOM.

His most recent release, Danielito, dropped in November and was his first project to feature his skills on the mic instead of strictly behind the boards. Danielito, like much of the producer’s discography, can be streamed for free via his Bandcamp page.

Many of EOM’s collaborators and fans have reacted to the news of his death on Twitter. Read some of their thoughts on his passing below.

Fuck I’m so sad, yesterday i lost my friend and long time collaborator @EOM_ Daniel Carey to a rare disease. One of the most kind hearted and talented people i knew. R.I.P. my brother 💔

Hurts to type this… Rest In Peace to an amazing producer and human being @EOM_. Thank you for your encouragement and contributions to the culture. We will miss you dude

saddened to hear about the passing of @EOM_. a true contributor. lots of love to @bigwax & fam at this time.

Damn hip hop losing some real ones this week. RIP @EOM_. His beats were so amazing.

I’m so sorry man. Y’all both are legends & y’all have an incredible musical legacy together – paying my respects & wishing you the best.

Yesterday I lost a friend and the world lost a brilliant producer. @EOM_ , I’m listening to your tape all day. Rest in power. pic.twitter.com/pMGNX1Xzmq

My good friend Daniel Carey aka EOM has passed away because of complications with scleroderma. Not only was he a magnificent musician but even more so a wonderful person. I love you like a brother man, rest in power my g. pic.twitter.com/pgoGRXD8h2

Just got news our brother @EOM_ has passed away to the better life. I got these beats you left me. With much love, I’m going to finish what was started. Till I join you up there mane. Thank you for everything.