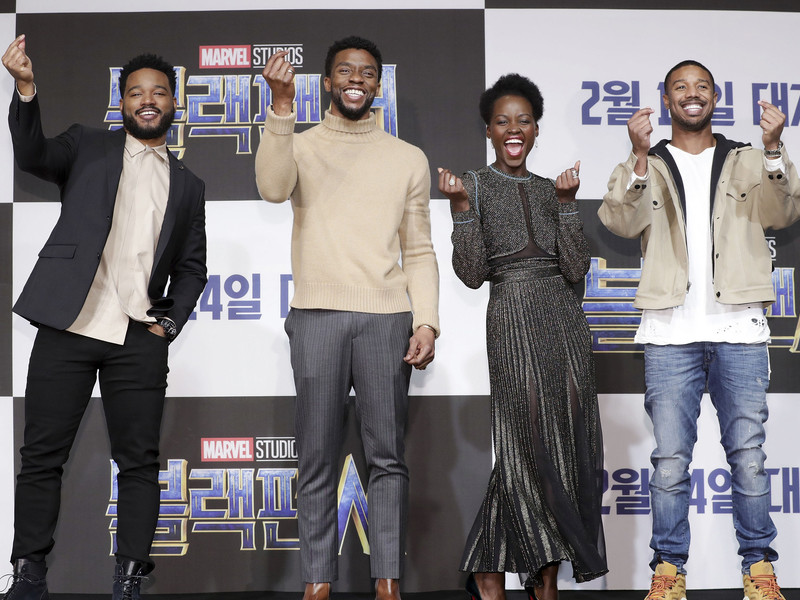 Marvel’s Black Panther has proven to be a juggernaut at the box office. The Ryan Coogler-directed film scored the fifth-best domestic opening weekend of all time, raking in over $201 million.

The staggering numbers added Black Panther to a Top 5 that includes Star Wars: The Force Awakens, Star Wars: The Last Jedi, Jurassic World and Marvel’s Avengers. The film has been a strong performer globally as well, debuting at $370.5 million and surpassing $400 million based on Monday’s domestic estimates, according to Deadline.

The film, which stars Chadwick Boseman as the titular character, also made waves on Sunday (February 18) by grossing $60.1 million. The figure was enough to make it the second-best Sunday gross of all time, narrowly trailing Star Wars: The Force Awakens’ $60.5 million on December 20, 2015.

Black Panther has not only been a huge earner at theaters but also received rave reviews. Critics and audiences alike have showered the film with praise. It currently has a 97% rating on Rotten Tomatoes.

Disney, which owns Marvel, didn’t expect Black Panther to rival the widespread success of The Avengers. But Dave Hollis, Disney’s President of Theatrical Distribution, noted how the film’s predominantly Black cast was able to attract an underserved market.

“Our goal is to make movies that reflect the diversity of our world because those are the stories that resonate everywhere,” he told Deadline. “To have the ability to show other people’s experience is part of the beauty of movies, but it also allows for rich storytelling, and for the people whose experiences are up on the screen, especially if they have not been showcased a ton. The meaningful nature of being able to see yourself represented, those things really matter to everyone, but in this case it matters even more to communities of color. Representation matters and the times we’ve leaned into it, we’ve had massive results.”