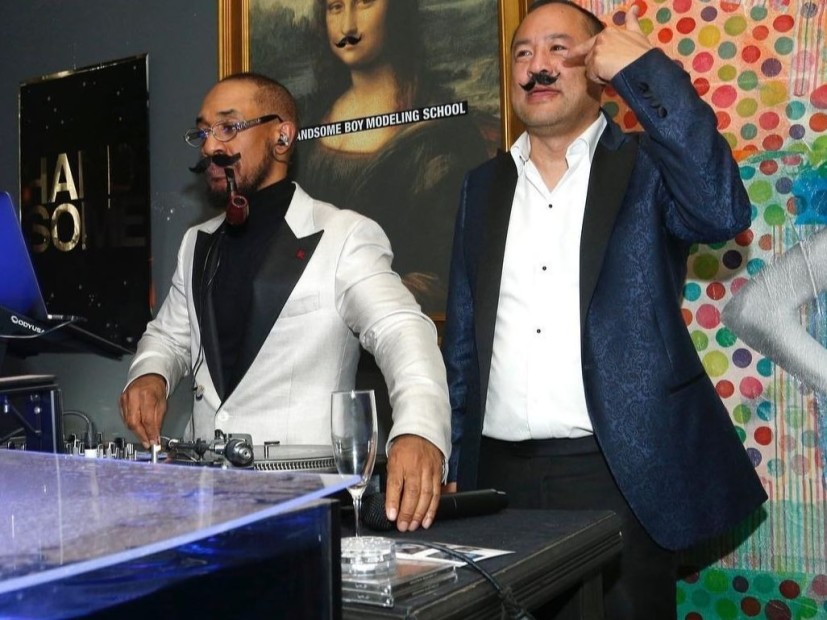 New York, NY – Handsome Boy Modeling School — the dapper duo of Prince Paul and Dan The Automator — has announced its triumphant return. Prince Paul, who’s highly regarded for his work with De La Soul and Stetsasonic, confirmed the news to HipHopDX on Thursday (February 15), although it’s something that’s been in the works for months.

Last October, as Prince Paul was readying his latest solo project The Redux, he mentioned a new Handsome Boy Modeling School album was on the horizon. “That’s another thing — I talked to Dan and we’re going to work on another record next year,” he told HipHopDX at the time. “We’re doing another Handsome Boy record.”

“So far, the album is already recorded in our heads,” he adds. “Now, it’s just a matter of physically recording it. We’re trying to determine where we’re going to do it. We’re kind of thinking of going far away to record it, maybe fly to Europe. It has to be a handsome experience. You can’t get more handsome than that. If all goes well — I can’t put a date on it — but if you’ve been waiting the last 13, 14 years, within a 12-month span shouldn’t be too much of a wait. It’s just a matter of the ambience. There is not a time and space for greatness.”

The concept for Handsome Boy was intended to mock the hopelessly self-absorbed, materialistic and narcissistic tendencies of upper class society. Prince Paul reinvented himself as Chest Rockwell while Dan adopted the Nathaniel Merriweather persona .

Over the last 14 years, both producers have continued carving out their legacies. Dan has reunited with his Dr. Octagon co-conspirators — DJ Qbert and Kool Keith — for a new Dr. Octagon album titled Moosebumps: An Exploration Into Modern Day Horripilation. Meanwhile, Prince Paul reemerged with his son DJ P Forrel for their Negroes On Ice project in 2012 and, more recently, revamped the aforementioned 2003 solo album Politics of the Business.