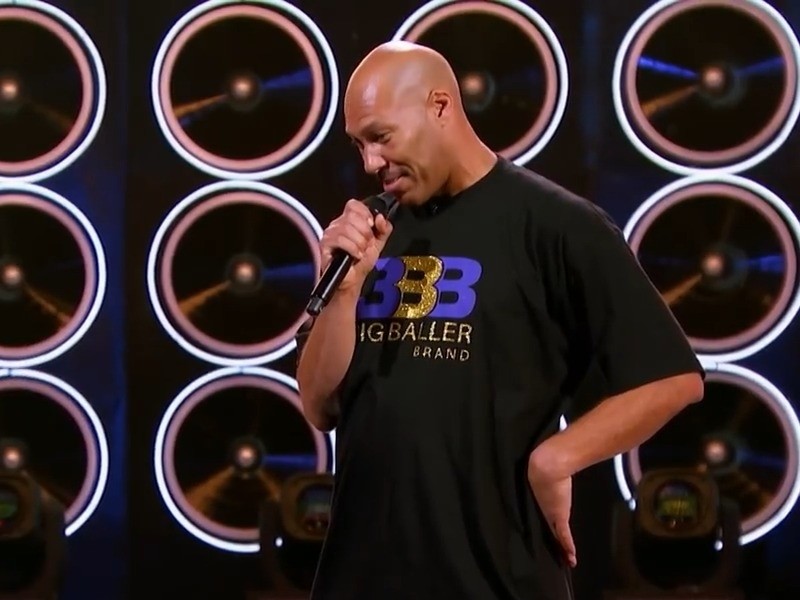 Lip Sync Battle, hosted by Hip Hop icon LL Cool J, has seen its share of entertaining head-to-head match-ups, such as John Legend vs. Common and Terry Crews vs. Mike Tyson. Following a Migos-inspired preview of a new episode featuring Los Angeles Lakers guard Lonzo Ball, the show’s YouTube channel released a teaser of his father LaVar Ball’s take on a Nas classic … and the results are cringeworthy.

The new preview shows LaVar taking a machete to Nas and Diddy’s “Hate Me Now,” which could convincingly be his theme song. Kicking off the performance with kick reminiscent of Busta Rhymes in the Leaders Of The New School-era, LaVar goes on to hit only a few words while aimlessly moving his lips for the rest.

“If I were Nas, I would be embarrassed by the performance,” Lonzo said afterward. “Nas told me only a selected few can do this,” LaVar shot back.

The song choice is fitting since Lonzo has trolled Nas in the past, dismissing the Illmatic creator’s relevance and sharing an image of his face replacing Nas on a mock It Was Written cover. He even wore a hoody featuring the image, igniting a fierce Twitter blowback.