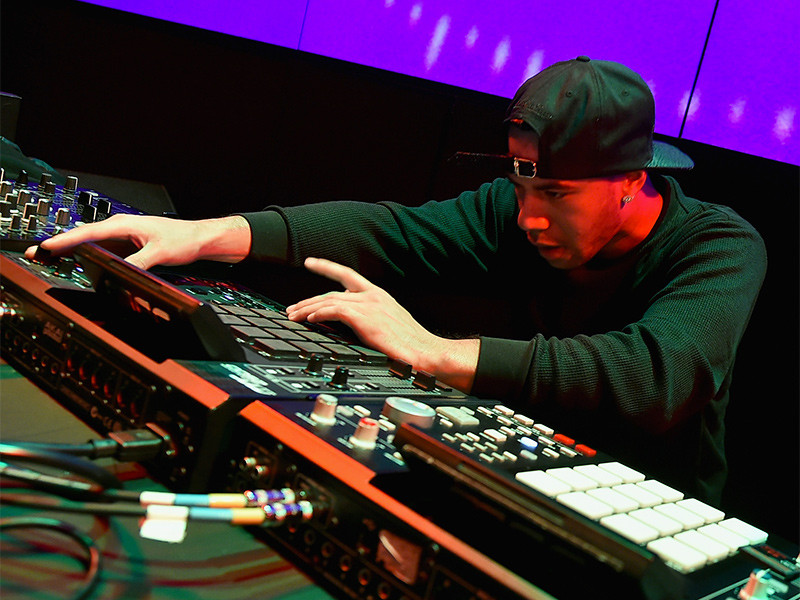 It’s no secret that some producers have been subjected to less-than-fair business practices on the part of the major label system. A new platform, License Lounge, is now giving producers the opportunity to do business with artists while maintaining control over their compensation and brand. Likewise, it allows artists with moderate to healthy budgets to get their hands on instrumentals without getting finessed.

This means no more settling for an “araabMUZIK type beat.”

“It’s a platform for artists to get access to industry producers like us,” araabMUZIK explains to HipHopDX, “instead of searching online and [leasing] fake instrumentals … I feel like it’s time for the artist to have access to real tracks and the real producers. That’s what License Lounge is providing.”

Last year, araabMUZIK announced a partnership with the platform, offering exclusive content — both instrumentals and sound kits — and became an official brand ambassador.

Per License Lounge’s website, artists can lease instrumentals for as low as $50, as well as purchase exclusive right while the producers retain 80% of the revenue.

“Being in this partnership, I’m able to open up those doors and opportunities for all these artists to easily purchase legitimate tracks from people such as myself,” he notes. “It’s the year of the producer … The producers are making the real big records more so than the artists.”

It’s been a little over four months since araabMUZIK’s One Of One EP dropped, showing off an evolution of his sound. Having spent the better part of the last few years on the road, he now has a host of new content on deck.

“[I] have more music on the way,” he says. “I’ve been recording and just stepping up a lot to release more projects this year. I’m working on my new album, which is an electronic LP … That’s in the works right now. I’ve also been collaborating with other producers. They’re all dropping mid-spring/summer. Before it was all about the shows and touring, but now I’m focusing on producing and just working on records.”

As he explains, he is cognizant of the fact that the music industry has made staying consistent all the more vital.

“It’s all about the content,” he points out. “Right now, I’m trying to put out as much music as I can … but I’m also [delivering] projects that are quality. A lot of people are putting things out just to do it. I like to put things out at the right time.”

araabMUZIK wants to be smart about it though.

“I like to have a period of breathing. A lot of producers just like to keep putting out, putting out and putting out,” he says. “It’s time for me to put things out with artists more so than just instrumentals … that’s the goal right now.”

He also offers some advice to up-and-coming producers looking to make their mark in the industry. “Just keep going, man, and have the right business,” he explains. “A lot of people are getting ripped off because they aren’t doing the right business. There’s a lot of money in it if you do it right — with the right people.”