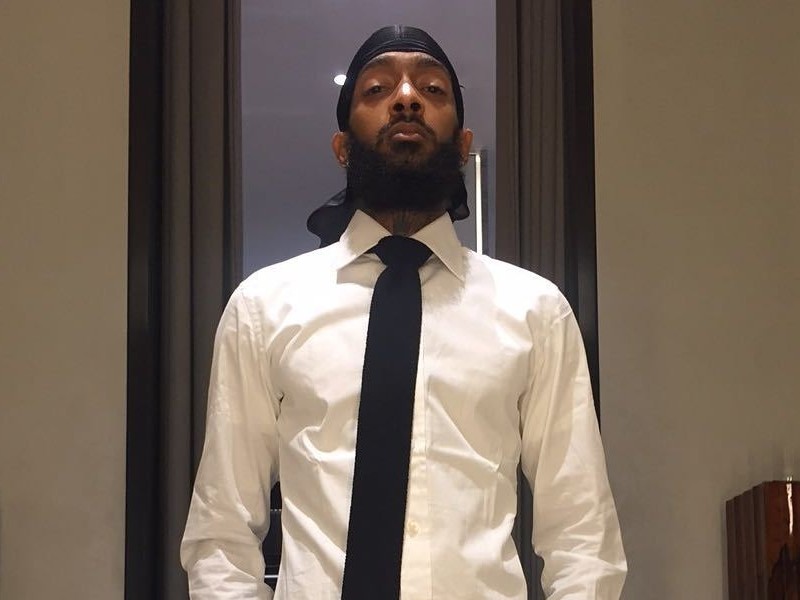 Just a few days before the release of Nipsey Hussle’s debut studio album, Victory Lap, fans get to hear one of its most anticipated songs. On Tuesday (February 13), the Atlantic Records artist connected with Zane Lowe on Beats 1 Radio to chat about the album and premiere “Dedication,” a new single featuring Kendrick Lamar.

“I think that record sums up the marathon and the idea of Victory Lap,” Nipsey said. “I think that in three minutes, [I] hit every point that I want to represent musically and just as an artist.”

As Nipsey explained, the song was subject to numerous iterations.

“That record went through phases,” he noted. “The song was so powerful. [My producers] are competitive … They presented me with two or three different options. Truthfully, I sent him a record that’s on the album also. It’s called ‘Keys 2 The City 2.’ My original concept [was] just based on us both coming out of L.A. County, him being from Compton and me being Crenshaw and Slauson, I thought the concept of ‘Keys 2 the City 2’ really hit a bull’s eye for Kendrick.”

He added, “I told the whole team to send the one that I thought he should be on, and they just didn’t listen … They sent ‘Dedication.’”

Nipsey learned about the mix up at a later date when he bumped into Lamar at the premiere of All Eyez On Me.

“I’m like damn I ain’t even send that,” he said. “But, he sent it back, and when I heard the verse, I was inspired … I felt like he killed it. He talked about something that happened the night of the ‘Pac premiere. If you really listen to his verse, he’s talking about me, Snoop Dogg, Top Dawg and himself. We really had a convo.”

Check out Nipsey’s interview below.