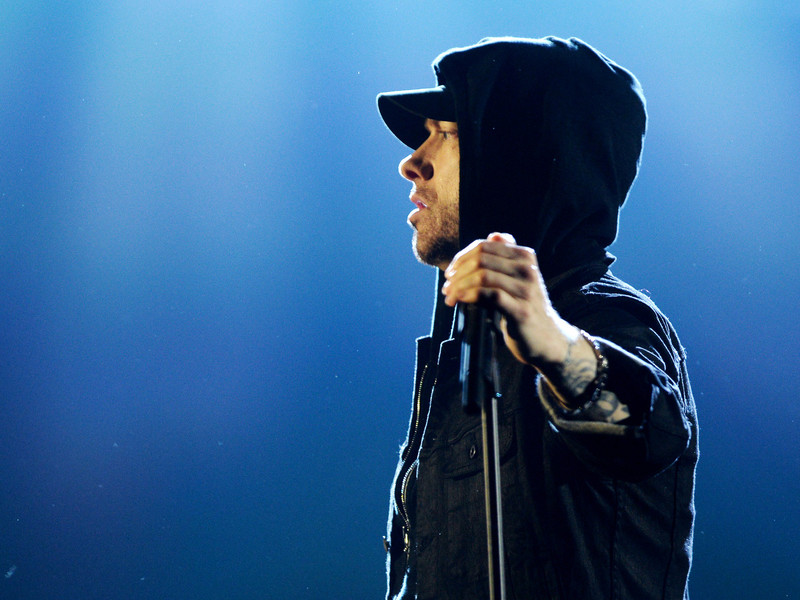 A video of Eminem and a “mystery woman” started circulating on social media Friday (February 9), leading many to speculate it was leaked footage of Slim Shady’s new girlfriend.

“River” tells the story of a crumbling romantic relationship. The man has been cheating on his girlfriend and when she uncovers his infidelity, she retaliates by hooking up with Eminem.

In the now-viral video clip, the woman is sitting on the bed of an inexpensive hotel room. Eminem walks in, greets her and says, “I was spotted on the way in.”

Considering “River” is about cheating, the hotel setting makes sense and his concerns about being seen fit the narrative.

Leading up to Revival‘s November 2017 release, Em’s camp employed ample amounts of viral marketing to build hype for the album.

Manager Paul Rosenberg kicked things off with an Instagram post with a giant backwards “E” (Eminem’s logo) in a fake prescription ad on a building in the background.