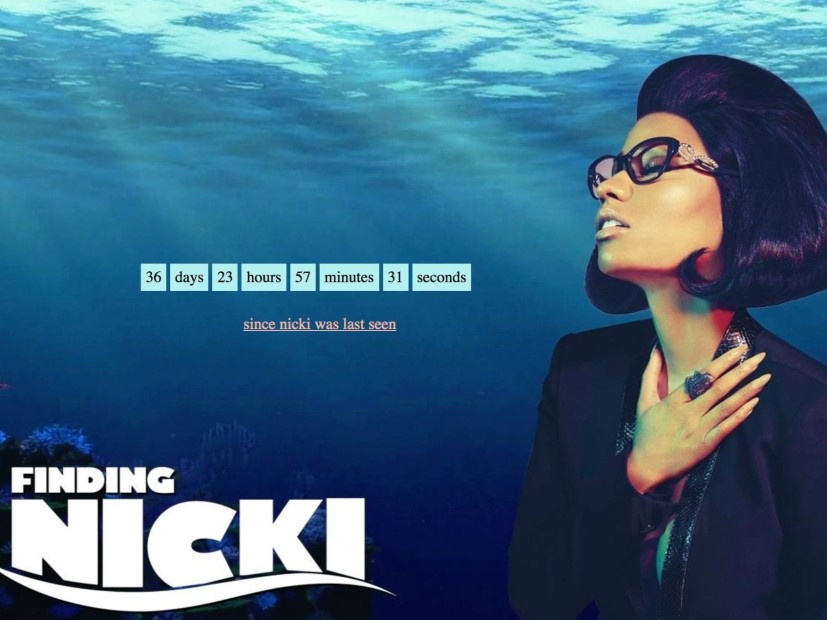 Nicki Minaj has been unusually quiet on social media in 2018. The self-proclaimed Black Barbie hasn’t posted anything since uploading a selfie to Instagram on December 30.

As expected, Minaj’s disappearance hasn’t gone unnoticed by her loyal legion of fans. One fan in particular, Nicholas Burrus, started a new website to track how many days it’s been since the Young Money rapper last posted online.

Burrus launched FindingNicki.com on Friday (February 2) after he and friend Morley recognized a prolonged absence from social media was strange behavior for Minaj, who is a frequent user of both Twitter and Instagram.

“When [Morley] was over at my house on Friday night, he looked at Nicki’s Instagram and showed me that she hadn’t posted anything since December 30,” Burrus said in a statement to HipHopDX. “He told me something like, ‘It’s weird. She posts all the time.’ I agreed because it was weird how she disappeared … Disappearances are very unlikely for her.”

“I told [Morley] I could do a missing poster for her,” he said. “He laughed and told me to do it. So, I started browsing photos, and the one I used for FindingNicki, Morley choose that one. So I used it. I was trying to think of a name, and for some reason, FindingNicki popped into my head, and I went with a parody of Finding Nemo/Finding Dory and spent a little bit creating the site and surprising Morley with it.”

As far as her absence from social media, Burrus thinks it’s a result of Minaj working on her next album, as well as enjoying some downtime after a tumultuous few months (Minaj’s brother was found guilty of raping his former stepdaughter last November and she reportedly split with Nas in January).

“I think there are many possible places Nicki could be,” Burrus said. “The last few months couldn’t be easy at all. I think she is working on her new album without distractions and taking a much needed break for herself … An absence like this is very unusual for her. I just hope she is doing well!”