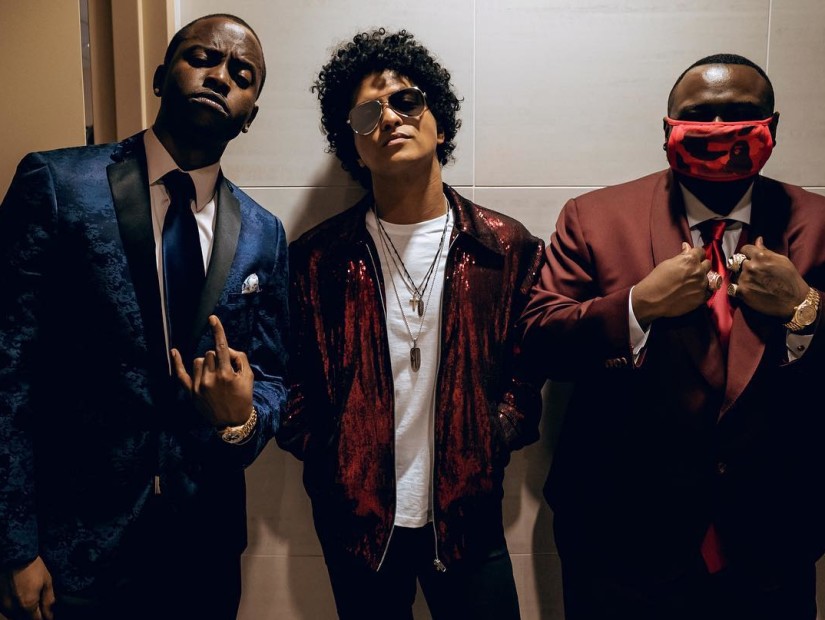 HipHopDX – This week in Hip Hop, the 60th Annual Grammy Award ceremony took place and the Hip Hop community let The Recording Academy know that they got wrong again this year. Also, Quavo was accused of armed robbery following at a post-Grammy party and the hype surrounding Black Panther‘s theatrical debut keeps growing.

Grammy Awards Gave A Lot Of Love To Bruno Mars, But Snubbed Others

Every year, Hip Hop seems to matter-of-factly let the Recording Academy know they are not in tune with the culture, and the 2018 Grammy Awards were no different. Bruno Mars took home the coveted award, Album of the Year, as well as Song of the Year for “That’s What I Like.”

Kung Fu Kenny was also awarded Best Rap Album for DAMN. His show-stealing performance also came with a reminder from Dave Chappelle that A Tribe Called Quest’s We got it from Here … Thank You 4 Your service wasn’t nominated this year.

This sparked a conversation about Hip Hop’s place in music and why The Recording Academy hates Rap and always will.

Following the Grammy Awards ceremony, Migos and team made their way to a post-show party at 1 OAK in New York City to continue celebrating the evening.

As they were leaving the venue around 4:30 a.m., Quavo and Hip Hop jeweler Eric The Jeweler got into a physical altercation, according to TMZ. The scuffle was reportedly over Offset’s debt, and the jeweler additionally lost out on a $30,000 chain, which is now missing.

The Black Panther movie premiered on Monday (January 29) at Hollywood’s Dolby Theatre to raving reviews, adding to the hype surrounding the film.

The Black Panther: The Album has just as much as hype with three singles release so far, including “All The Stars,” “King’s Dead,” and “Pray For Me.” The full tracklist for the album was revealed this week as well.

– Skyzoo — In Celebration of Us

T-Pain spoke with HipHopDX about his 2017 album Oblivion and putting down the bottle. He explains his love for alcohol was a coping mechanism.

“Most famous people are the loneliest people in the world,” T-Pain told DX. “That just how it goes. That’s everybody. People are always trying different vices. You can’t just go meet people like everybody else. You can’t just go out dancing and just go to hookah bars out here or anything like that. You need people you can actually have a conversation with and somebody you know actually likes having a conversation with you, and they not just talking to you because they can get something out of you.”

Post Malone became popular in 2015 with his melodic single “White Iverson.” In subsequent years, it seems he hasn’t understood he’s been afforded certain privileges because of his gender and race. It’s something he struggles to deal with and something HipHopDX explores.

“Although Malone owes his career to Hip Hop for providing him a lane, it often seems like he wants little to do with it,” DX Staff Writer Justin Ivey penned. “It’s right there in his answer to GQ: ‘I don’t want to be a rapper. I just want to be a person that makes music.’ Hip Hop gave him a way in, but he really doesn’t want to be defined by it.”

How Fake Shore Drive Put On For Chicago Hip Hop

“When I first started Fake Shore Drive my goal was to just shine a light on what was happening in the Chicago Hip Hop scene and the midwest in general. Because I feel like this is the most underserved region in Hip Hop,” Barber told HipHopDX.