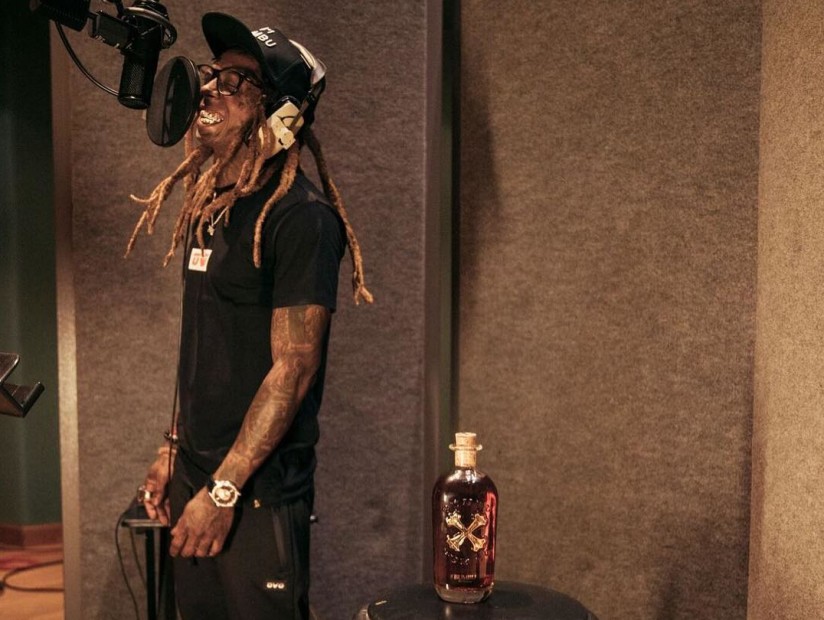 HipHopDX – This week in Hip Hop, Lil Wayne followed up his Christmas 2017 release of Dedication 6 with its sequel, Dedication 6: Reloaded. Also, Migos unleashed Culture II and Takeoff got all the praise, and lastly, Erykah Badu said she “saw good” in Adolf Hitler during a recent interview, causing controversy.

It’s available exclusively on DatPiff for streaming, and features Wayne going in on beats that range from Lil Pump’s Hot 100 hit “Gucci Gang,” Future’s “Thought It Was a Drought,” Bryson Tiller’s “Set It Off” and SahBabii’s “Pull Up Wit Ah Stick.”

Migos “Culture II” Drops & All Ears Are On Takeoff

For Migos, 2016 belonged to Quavo, 2017 belonged to Offset and it seems like 2018 will be the year of Takeoff. As Culture II was released, so was the love for Takeoff, who many believe lyrically outshines his Migos brothers.

Gucci Mane even referred to Takeoff as his “favorite rapper” and Quavo admitted that Takeoff was the best in the group. But y’all knew that!

Culture II includes production from Murda Beatz, Ricky Racks and Pharrell on “Stir Fry” as well as features from 21 Savage, Travis Scott, Ty Dolla Sign and Drake for the standout track, “Walk It Talk It.”

In an interview with Vulture, Erykah Badu made some controversial comments concerning Adolf Hitler. She said she tries to see the good in everyone including Hitler, whom she called a “wonderful painter,” leading to a social media uproar.

The next day, after being dragged all over the internet, Badu sought to clarify what she meant. She admits that using Hitler was not the best way to illustrate her point of compassion.

People are in real pain. So I understand why my ‘good’ intent was misconstrued as ‘bad’. In trying to express a point, I used 1 of the worst examples possible, Not to support the cruel actions of an unwell, psychopathic Adolf Hitler, but to only exaggerate a show of compassion.

Evidence — Weather Or Not

Sonny Digital has a full-length album coming out soon and during an interview with HipHopDX, he revealed that he signed to Atlantic Records late last year.

“Yeah, I’m at Atlantic,” Sonny confirmed. “I’ve been over there for a minute now, but I’ve just been chillin’ on it. It happened late last year but I forgot about what date I did it. We just kept moving. I’m not saying it’s nothing to be happy about. After you do that though, you gotta get to work for real [laughs]. It’s cool though.”

MC Eiht dropped his solo album Which Way Iz West, last summer and exclusively revealed to DX that part to is on the way.

“I’m about 10 songs deep, so it’s coming,” Eiht tells DX. “I’m expecting to release it in the summertime. Just getting all the solo vocals recorded before I get guest spots secured.”

Thundercat chopped it up with DX and spoke on his collaborative relationship with Kendrick Lamar, who he collaborated with on K.Dot’s masterpiece, To Pimp A Butterfly.

“The road was really intense to creating To Pimp a Butterfly, of course,” he tells DX. “It took a lot of emotional and mental strength out of everybody involved with it I think. The funny moments, I always talk about one where everybody remembers when ‘King Kunta’ came out but, I remember when it was created on my apartment couch. Me and Sounwave sittin’ there watching cartoons talking about Marvel cards. That really happened. I’m proud of the dude.”

Too $hort was accused of sexual assault by a woman named Teena Louis recently and in a statement to HipHopDX, he denies all allegations.

“Once again, I am reading false allegations about myself in the media,” $hort tells DX. “I have not been served. However, if there is a lawsuit against me, at most it is an extortion plot and at the least an attempt to defame my character.”

A Timeline Of Historic Hip Hop Firsts At The Grammy Award

The Recording Academy didn’t always embrace Hip Hop culture, but now as the genre becomes one of the top genres in the world, DX created a list of Grammy Award Hip Hop firsts, including Will Smith and DJ Jazzy Jeff becoming the first Hip Hop artists to ever win a Grammy, which paved the way for Hip Hop to have a seat at the table.