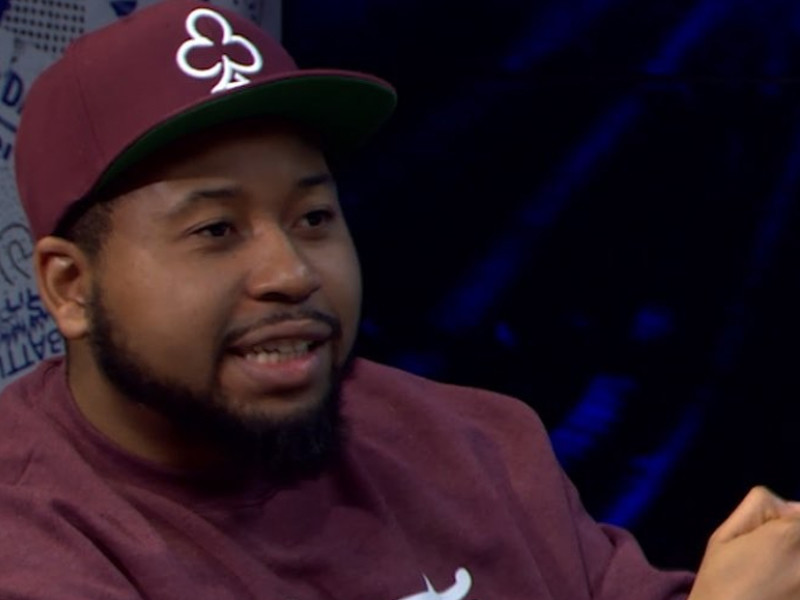 Everyday Struggle host DJ Akademiks has had an eventful couple of months, from his friend and co-host Joe Budden leaving the show in late 2017 — to (allegedly) facing jail time. Now, he could be gearing up for a rap beef with Vic Mensa, who he name-dropped in a new song previewed to fans over the weekend.

Akademiks shared a snippet of a track titled “Trap American.” What stands out most from the echoey, slightly Auto-Tuned vocals is a light — yet prominent — jab at Mensa. “A million views, we up next, Vic Mensa upset, always chilling on set, thots breaking they necks,” he raps.

Elsewhere in the clip, he also makes references to his “hittas” and refers to himself as a “trap nigga.”

Mensa and Akademiks’ issues came to the forefront when the Roc Nation artist was a guest on Everyday Struggle last year. During a heated exchange, Mensa expressed that he felt Akademiks built a following by sensationalizing and making light of the violent state of the Chicago scene.

“I wanted to slap you in your face,” he stated when the question came up.

Are you here for Akademiks flexing his skills on the mic? Let us know in the comments.