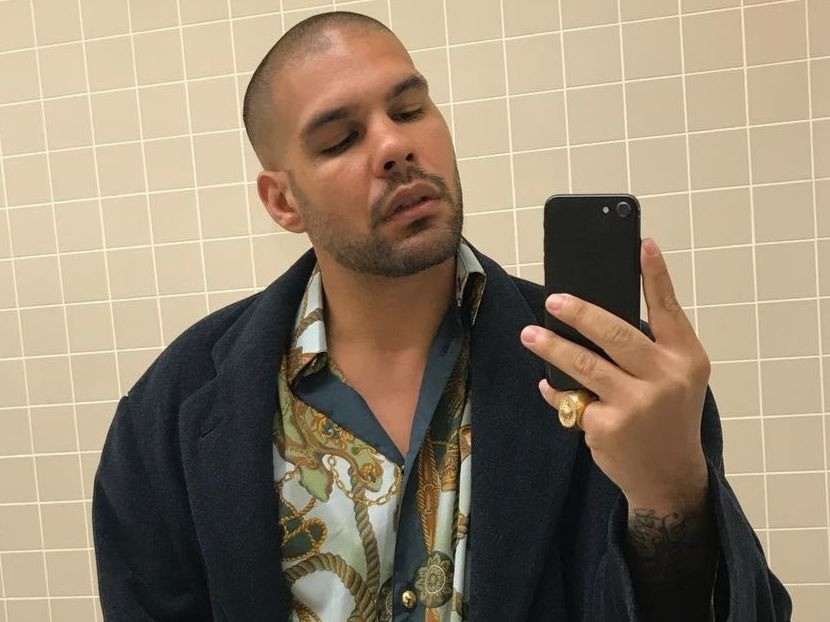 Jack White — accomplished guitarist/singer who rose to prominence with The White Stripes — announced he’d signed the first Hip Hop act to his Third Man Records imprint a couple of weeks ago.

So, who was it? His name is SHIRT, a Queens MC/designer who’s currently pursuing a Masters of Fine Arts degree in Europe. In honor of the monumental occasion, SHIRT, who once designed a fake New York Times website as a way to praise his own music, has delivered his first visual of the year in the form of the San Holo-produced “Flight Home.”

Directed by SHIRT and Dave Svedosh, the video finds him rapping from the top of a truck emblazoned with the adidas and Nike logos in Manhattan. From 23rd on Broadway through the Lower East Side, SHIRT raps for 50 or so blocks as crowds look on.

SHIRT’s debut album, PURE BEAUTY, is expected to arrive via TMR on February 9 and will be followed by a vinyl release on February 23.

Watch the “Flight Home” video above.