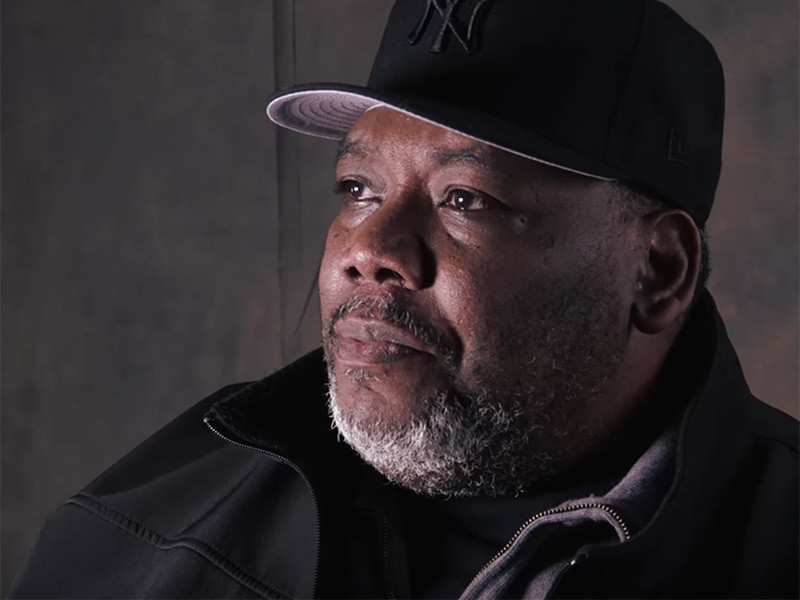 Former Harlem drug kingpin Azie Faison — famously portrayed by Wood Harris in the 2002 film Paid In Full — has lived a life few studio gangsters can claim. Alongside legendary Harlem hustlers Alpo Martinez and Rich Porter (respectively portrayed by Cam’ron and Mekhi Phifer in the movie), he was the largest individual drug dealer in New York City, before being shot several times in a home invasion.

The legendary hustler recently stopped by The Murder Master Music Show to discuss his past and to apologize to Eazy E’s fans and family for a long-forgotten 1991 diss record, “Don’t Dis Nobody.”

“Let me give some love to Eazy-E because we had got into a situation where they was dissin’ us and we was dissin’ them,” Faison said of the song. “I would like to apologize to Eazy-E and all his fans and his family for the diss track towards him. I respect who Eazy-E is now, and I see who he was from the game point of view.”

The beef between N.W.A and Faison’s Mob Style crew began when Mob Style took offense to particular bars on the Compton group’s song “Real Niggaz,” which was released following an altercation between the two groups at the Apollo during an N.W.A performance.

“Black, the good, the bad, the ugly, you see, a little streetwise nigga, you know me; rolling wit some real niggas playing for keeps .. but you muthafuckas know who run the streets,” rapped Eazy referencing both the album The Good, The Bad, The Ugly as well as “Play 4 Keeps,” a prominent single by Mob Style.

Faison also spoke on the allegations of being an informant.

The claim was made by Don Diva Magazine CEO Kevin Chiles during an interview with Funk Master Flex in 2017. Chiles insisted both Faison and Alpo worked with the feds, claiming to have specifically seen Faison’s name on the discovery paperwork presented to him by his lawyer. Faison has refuted this claim a handful of times already, but again took the opportunity to lay it to rest.

“I really wanna address the situation where this cat [Chiles] tried to make it look like I was working with the government,” he said. “It never happened!”

He continued, “Fuck the paperwork, go get the district attorney and have them tell the people on Flex, that did not happen. You a sucka and you gonna always be a sucka. Hot 97 and everybody that was up there with you are suckas. You shit on somebody that never did nothing to you.”

Check out the Murder Master Music interview above and below.