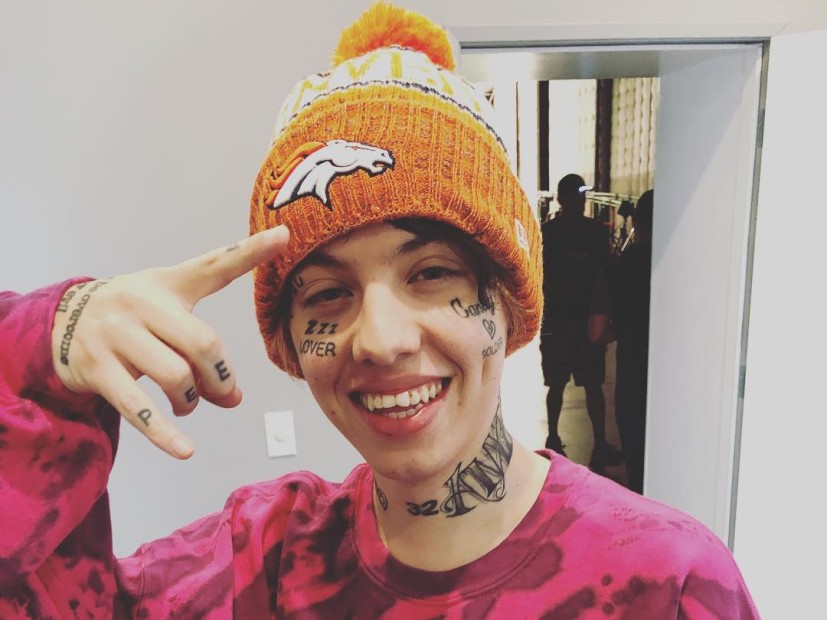 Lil Xan has revealed the cover art for his upcoming mixtape, Heartbreak Soldiers.

The burgeoning Redlands, California rapper hit Instagram to unveil the cover, and disclose who he’s dedicating the project to.

“This Tape is dedicated to my beautiful fans and my old dog Butters ! I miss ya butters lol,” Xan wrote in his post’s caption field.

As of press time, details surrounding Xan’s upcoming mixtape remain scarce, though he did hint at a potential Fetty Wap collaboration last week. In the same post, he also suggested 808 Mafia members Southside and TM88 may be among the project’s producers. He also teased a collab with Lil Skies earlier this month.

Xan released his debut album, TOTAL XANARCHY, in early April. The project received a 3.5 out of 5 from HipHopDX, with Editor-in-Chief Trent Clark writing, “The tirelessly lit debut album will go the distance in separating his talent from his nameless peers but won’t propel him to the same ranks of a Travis Scott or Rae Sremmurd just yet.”

Xan also made headlines earlier this year for his controversial views on 2Pac. During a February interview with REVOLT, Xan called Pac’s music “boring.” His comments angered many and Waka Flocka Flame even called for him to be “banned from Hip Hop.”

Check out the cover art for Heartbreak Soldiers below.