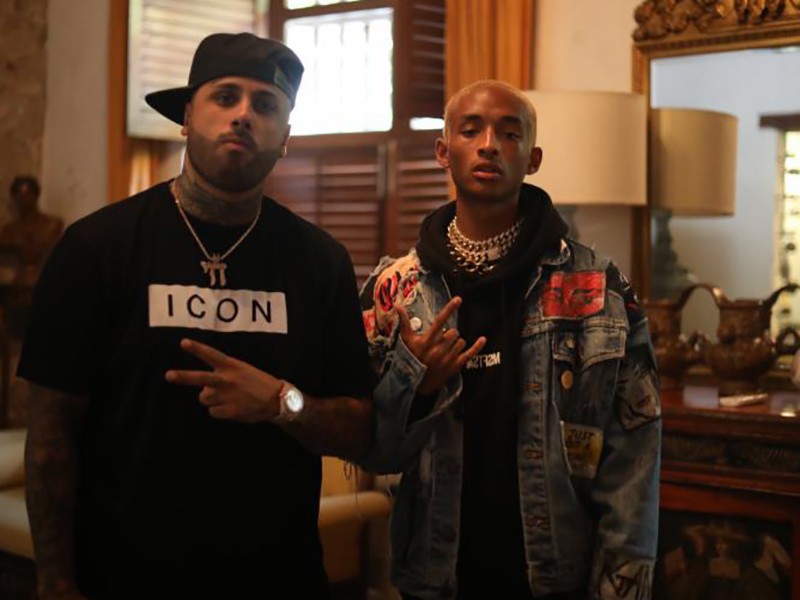 The name Nicky Jam may not mean much to English-speaking Hip Hop fans — yet — but LatinX fans know he’s a hugely popular reggaeton artist who just dropped the official FIFA World Cup anthem with Will Smith and Diplo.

But the erstwhile Fresh Prince isn’t the only member of the Smith family the Boston-born hitmaker has decided to collaborate with, as he’s just teamed up with Jaden Smith for a remix to “ICON” on the Roc Nation Latino label.

The video for the “ICON” remix was shot in the streets of Colombia and the original song was featured on Jaden’s debut album SYRE, which currently has more than 250 million U.S. streams and peaked at #24 on the Billboard 200.

The original version of “ICON” has received more than 100 million streams to date and got parodied by Jaden’s dad.